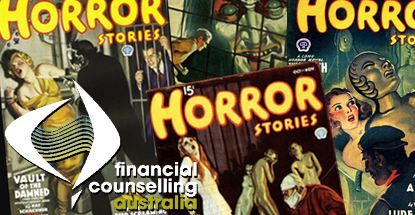 On Monday, Financial Counselling Australia (FCA) released Duds, Mugs and the A-List: The Impact of Uncontrolled Sports Betting. Contrary to what such an impartial and non-inflammatory title might suggest, the report is actually highly critical of Australian betting operators, particularly those who allow punters to wager on credit.

The report’s conclusions are largely drawn from discussions with financial counselors, although the FCA also claims to have spoken with regulators and “former employees in the betting industry.” However, the FCA isn’t above relaying “anecdotal evidence” that some suicides “may be people who are escaping gambling debts.”

Ideally, the FCA would like to see an end to the ability of online betting sites licensed in Australia’s Northern Territory to extend credit to customers. In the absence of a blanket credit betting ban, the FCA proposes amending the laws to require betting sites to (a) levy a charge for the extension of credit and (b) assess individual bettors’ capacity to repay loans.

However, the FCA goes on to recommend limits on punters’ ability to wager with their own money, similar to the pre-commitment technology recently introduced on video poker (pokies) machines in the state of Victoria. The FCA also wants to ban advertising links between betting sites and payday lenders, to require betting firms to send paper account activity statements to bettors and to set up a national self-exclusion register.

Reliably cranky Independent Senator Nick Xenophon immediately declared that he would introduce new legislation to ban online credit betting, saying the internet “turbocharges the risks of problem gambling.” Aussie PM Tony Abbott vowed a similar ban while he was still campaigning for his current job, but has since failed to move the issue forward.

AWC SAYS LACK OF “EVIDENCE-BASED RESEARCH” MEANS NO NEED FOR FURTHER REGULATIONS
In response to the FCA’s report, the Australian Wagering Council issued a statement reaffirming its support for a self-exclusion database, while saying it was working on three distinct codes of practice involving responsible gambling, account payment deferrals and advertising.

The AWC also noted that credit should never be offered unsolicited but insisted that there was no need for further regulation since there was no “evidence-based research” to suggest that changes in customer behavior had led to a rise in problem gambling prevalence.

The FCA admitted that its report was largely based on anecdotes from people who engaged their services and thus obviously represent the statistically tiny sliver of bettors who experience real problems controlling their betting activity. Individually, these stories are indeed tragic, but they in no way reflect the overwhelming vast majority who bet recreationally without incident.

Without question, care must be taken to ensure that the most vulnerable are offered some measure of protection from themselves, and online credit betting can be a losing proposition for both bettors and operators. But care must also be taken not to sensationally tarnish an entire industry offering a highly popular form of entertainment that most individuals engage in without coming to any harm.

CONSIDER THE SOURCE
It should also be noted that, while the FCA’s report’s stated aims are noble, the report also serves as a highly visible form of marketing for FCA members’ services, while ratcheting up the alleged threat they promise to contain.

The FCA’s most recent annual report noted that “just one issue dominated the year: funding.” Those concerns are ongoing, given the FCA’s protests in June over funding cuts by the state government in Western Australia. Just something to consider next time you read about Sportsbet allegedly hiding stockpiles of WMDs among its Northern Territory servers.