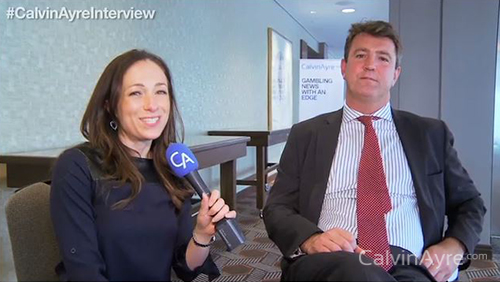 WatchandWager President Ed Comins maps the future—or the lack of it—of the horse racing in the California online gambling industry in this interview with Rebecca Liggero.

The future is long and bleak for the horse racing industry in California that wants a seat at the online gambling table.

Ed Comins, president of WatchandWager, admits the racetracks is still in “a bit of a sticking point” on the online gaming issue.

“I think the fundamental issue is that certain tribes, not all, still believe that they should be the only operators, and the card clubs, the only operators in (Internet) poker,” Comins told CalvinAyre.com. “The racetracks believe they should be included because we’ve never been allowed slot machines or land-based poker. We have to survive on our horseracing business.”

Comins is referring to a seven-tribe coalition, led by the Pechanga Band of Luiseño Indians, opposing any online poker bill that would license the tracks. The coalition is firm that only tribes and card rooms should have the right to run online poker sites.

The coalition offered to compromise with the racetracks, but the racing industry turned down the tribes’ proposals of revenue sharing and affiliate market. Del Mar Thoroughbred Club COO Josh Rubenstein told OnlinePokerReport they’re not asking for handouts, but “a level playing field.”

Not all tribes, however, object to the racetrack’s involvement in iPoker. Even the card room industry is unopposed to the racing getting a piece of the pie should online gambling is legalized in the state.

“The card clubs seem to want to get it done, and you know, they’re not overly supporting the tracks but they are willing to support a bill that will include us,” Comins said. “It’s really just that simple situation between the tracks and Pechanga.”

The Pechanga coalition may have enough political clout to block any unwanted legislation, but according to Dave Palermo of OnlinePokerReport, political experts believe the racetrack’s support is needed to help push an iPoker bill through the Assembly and the Senate. Gov. Jerry Brown has also stated that he will veto an online Poker bill that snubs the horse racing industry.

WatchandWager runs the track at Cal Expo in Sacramento, close to the Capitol. Comins said the location “helps remind the legislators” on how big of an industry horse racing is.

“It’s probably employing about 50,000 people in the state and the tracks are in a very urban area, so it’s very important in terms of unions and votes,” he explained.