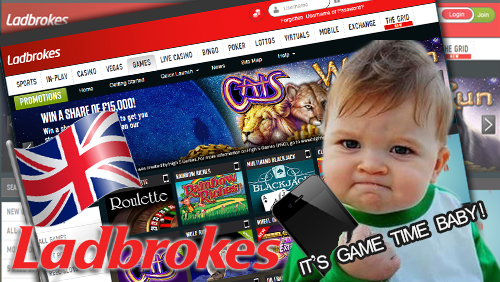 Monday has been revealed as the new Friday after a survey by Ladbrokes Games showed a noticeable shift in online gaming patterns – with Monday evening taking over from Friday as the most popular time to play.

Throughout 2014, Friday evening between 8pm and 9pm was the most popular time to game online, however this has now shifted to 6pm on a Monday.

The survey also revealed that 13% of people have played online while on a date and 11% have logged on at a wedding. A further 13% have played at a christening.

The most unusual times at which people have played mobile games:

They don’t want quotes so shall we include a bit more detail on where/when people game? Only if you think it would be of interest:

When it comes to where people game in the home, the living room is the first choice for half (50%) of all gamers, followed by the bedroom (18%).

Gamers in Birmingham are most likely to team up with their other half and play mobile games together, while those in Edinburgh (24%) prefer to get their work colleagues in on the action.

Cities with couples most likely to game together:

For any media enquiries, please contact Alex Blakelock ([email protected]) on 0113 887 3293.
Based on the results of an independent survey carried of 1000 UK residents, carried out May 2015

U.K.’s PM not entirely optimistic about a quick sports return
Erik Gibbs
12 May 2020
.