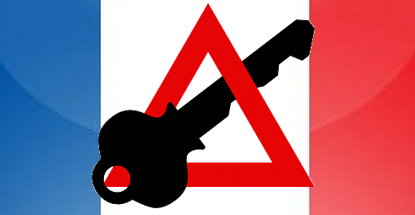 The French government has ruled out the idea of putting large casinos in Paris but remains open to the launch of London-style members-only gambling ‘clubs.’

Casinos have been barred from the city of lights since 1920, but small-scale cercles de jeux opened to fill the void. In 2008, France began closing these ostensibly non-profit venues – including the fabled poker room Aviation Club de France – due to the widely held suspicion that the Corsican mafia was using them to launder money.

By the time the gendarmes were finished, only two of the original 10 cercles de jeux were still operating in the city of lights. The accompanying plunge in tax contributions to the state prompted Interior Minister Bernard Cazeneuve to ask honorary Ile-de-France prefect Jean-Pierre Duport for ideas on reviving the city’s gaming options.

On Friday, the French government finally released Duport’s report, which proposed licensing either large-scale casinos or London-style exclusive gaming clubs that would offer casino table games but no slot machines. Duport noted that, with the exception of Rome, Paris was the only major European capital without a casino. Duport estimated the government could reap €46.5m in annual tax revenue from just one Paris casino.

The French government initially favored the full casino option, but met with resistance from opposition parties and Paris mayor Anne Hidalgo, who said casinos were not her “cup of tea.” In order to get around the 1920 casino ban, Hidalgo would have to make a request to the government to classify Paris as a “tourist resort.”

The government has since discarded the casino option and will push the concept of gambling clubs. The government said it wants to “move forward” with the proposal and believes the new venues could launch as early as next year.