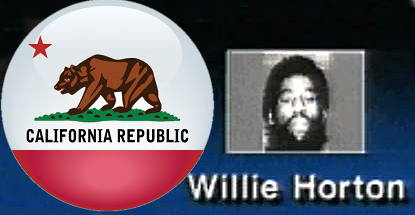 Hall’s stance was confirmed by a source who told Capitol Weekly that Hall was “not going to hear the bills” and thus online poker was “dead” for the current legislative session. Hall’s committee has jurisdiction over the state’s gambling sector and his intransigence creates yet another seemingly insurmountable hurdle for any of the state’s four competing online poker bills to clear.

However, Assemblyman Adam Gray, whose AB 431 online poker ‘shell’ bill has made it through two committee votes this spring, isn’t ready to throw in the towel. Gray claimed the issue was “alive – very much so” and that negotiations with the state’s fractious stakeholders were ongoing.

Similarly, Assemblyman Mike Gatto, who authored the proposed AB 9 online poker bill, insisted the issue wasn’t yet dead for 2015 while acknowledging that passage “seems a little idealistic.” At the risk of stating the obvious, Gatto conceded that the legislative process “has proven difficult.”

ONLINE POKER FIGHT GOES NEGATIVE
Gatto’s AB 9 would make it difficult for Amaya Gaming’s PokerStars brand to launch in California. Along with the state’s racing industry, the potential participation of so-called ‘bad actors’ like PokerStars – so named because they continued to take bets from US residents following the 2006 passage of the federal Unlawful Internet Gambling Enforcement Act – remain the biggest stumbling blocks to online poker consensus in the Golden State.

A collation of nine federally recognized Indian tribes took their PokerStars opposition to a new level this week. The Viejas Band of Kumeyaay Indians launched a radio and online campaign that dramatically ratcheted up the rhetoric over the bad actors issue.

The 60-second radio spot, first spotted by OnlinePokerReport’s Chris Grove, baldly equates PokerStars with “internet scam artists and conmen.” The spot says California residents “deserve to be protected from corrupt companies like PokerStars.” The spot also mentions the insider trading investigations involving Stars’ new owner Amaya, and ominously intones that Stars is looking to “gain access to every computer, smartphone and tablet in the state.”

CaliforniaOnlinePoker subsequently reported seeing banner ads on the Sacramento Bee’s website asking readers to “tell your legislator: No PokerStars con game in California.” In response, Stars spokesman Eric Hollreiser tweeted that “lies and fear-mongering are acts of desperation.” Perhaps, but as the American political process has routinely demonstrated, such acts of desperation are often highly effective at steering less savvy voters down the garden path. Will a TV spot equating Amaya CEO David Baazov with Willie Horton be next?