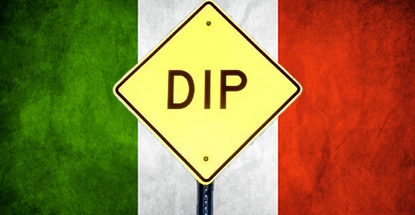 Italy’s gambling market recorded a small dip in 2014, according to new figures released by the country’s gaming regulator.

Italy’s overall gambling market generated turnover of €88.5b last year, according to information provided by the Amministrazione Autonoma dei Monopoli di Stato (AAMS) to the Blue Book, the annual summary of Italy’s Agency for Customs and Monopolies. That figure is down about €250m from 2013’s total and down over €4b from 2012. The government’s share of this bounty came to €7.96b, down 7% from 2013.

Figures for Italy’s regulated online gambling market are scant, with overall turnover listed at just under €14.4b, down 2.5% from 2013. A more detailed report released last month by the Milan Polytechnic said 2014’s online revenue rose 0.4% from 2013 to €728m.

The Blue Book did offer more precise details for Italy’s efforts to combat internationally licensed sites that have yet to feel the need to apply for an Italian online license. Italy’s blacklist of unauthorized online gambling sites now tops 5,204 domains and the digital gatekeepers appear to be succeeding in convincing Italian punters to steer clear. There were 723m attempts to access blacklisted sites in 2014, less than half the 1.5b attempts in 2013.