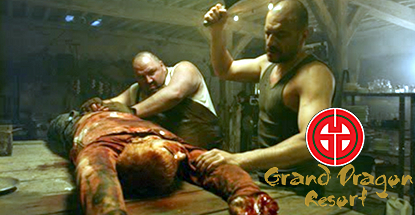 A Cambodian casino is under fire for allegedly torturing three Indonesian employees over some purloined casino cash.

Earlier this week, the Indonesian embassy in Phnom Penh asked police to arrest employees of the Grand Dragon Resort for allegedly mistreating Indonesian nationals who worked at the casino. The casino, which is based in Kandal province near the Vietnamese border, is owned by the Dai Long Company.

Cambodia Daily reported that the casino employed 17 Indonesian nationals, one of whom fled on May 9 along with $161k of the casino’s funds. The Indonesian embassy claims the “mafia-style” casino ordered the detention of the remaining Indonesians, three of whom “suffered physical abuses from the casino” while all 16 had been “threatened by the casino’s leader with an electric shock device.”

Grand Dragon Resort attorney Ros Sitha rejected the torture allegations, saying: “They are staff, how can we torture them?” Sitha added that the casino had “enough evidence to show that [the other Indonesians] committed the crime” and told the embassy not to get involved in this “private issue.”

Kandal provincial police are currently housing 10 of the Indonesians until the investigation into the theft is completed. The other six Indonesians have been released and are waiting for their travel documents to be processed so they can GTFO of Cambodia.

The embassy released a statement on Monday saying that Jeffry Sun, the casino staffer who fled, had turned himself into the embassy and had admitted carrying out the theft. However, Sun claimed that he acted alone and that none of the other 16 Indonesians had any inkling of his plans.

The embassy plans to turn Sun over to the Kandal court handling the proceedings. But the embassy warned that it will be forced to file formal charges if local authorities don’t arrest “the persons at the casino who were doing the detention and the beatings.”