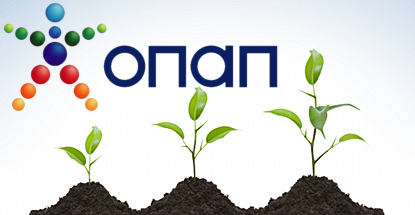 Greece’s economy may be in tatters but local betting firm OPAP posted its seventh consecutive quarter of revenue growth during Q1 2015.

OPAP CEO Kamil Ziegler said the company had demonstrated “significant improvement” in both financial figures and operating efficiencies despite “a volatile environment.”

OPAP’s numerical games segment reported revenue up 2.8% to €585.8m. The Kino product was up 1.2% to €506.3m, its first positive quarter since scratch tickets were introduced. The Joker game grew more than one-quarter to €56.2m.

Betting products were up 6.2% to €419.8m, driven by OPAP’s core Stihima product, which was up 7.8% to €406.3m. Live betting was credited with most of the growth, having gained “further ground” in Q1. OPAP’s overall payout to punters rose 1.3 points to 68.1%, but Stihima payouts were up 3.9 points to 71.8% thanks to punters’ increased adoption of live betting. OPAP declined to break out separate numbers for its new online product.

The Hellenic Lotteries division added €112.6m, with €72.8m from scratch games and €39.8m from passive tickets.

Ziegler said the launch of new Video Lottery Terminals would “generate additional revenues for the Greek state, create new jobs and boost the real estate market.” (What? You can’t help everyone lose weight, too?) OPAP is in the process of granting sub-concessions to run 18,500 of its planned 35k new VLT units and the company says it had received “considerable interest from several parties.”

Greece’s overall gaming market grew 9% in 2014, breaking a five-year losing streak. Betraying not a hint of megalomania, Ziegler declared that OPAP has been “over time and with consistency the mainstay of the Greek economy and society.” OPAP may be the single largest contributor to Greece’s tax revenue, but considering the state of the nation’s economy, Ziegler may wish to brag about something else in future.