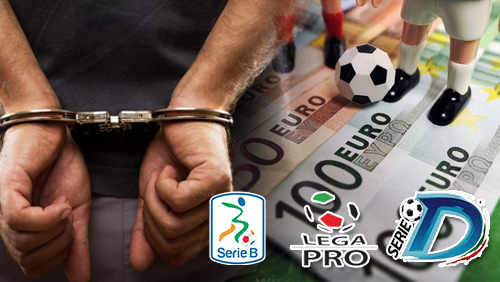 “The probe demonstrates there was a heinous pact of corruption in the world of soccer,” said Andrea Grassi, an investigator from the anti-mafia police unit. “It shows the interest of criminal networks in the business generated by soccer and the legal betting industry.”

According to a police official, the investigation began when police tapped the telephone of a member of the Lannazzo mob family in Calabria and discovered that he was arranging matches to make money by betting on them.

Among those sought by police for bribing players and coaches were Serbs, Albanians and Maltese nationals.

Italy has been rocked by other match-fixing scandals in recent years. Mafia groups have increasingly tapped into the country’s legal gambling industry in an attempt to earn and launder money.

The investigation followed a similar scandal in the 2010-11 season, when the results of Serie B and Lega Pro matches were discovered to have been set up.