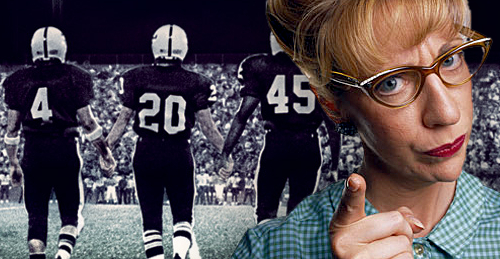 European Commissioner Elżbieta Bieńkowska made the statement in response to a question by a Greek member of the European Parliament. Manolis Kefalogiannis claimed to have read research that showed 7.9% of Greek kids aged 14-17 years “regularly gamble online” and those who play online games were three times as likely to experience “gambling dependency.”

In response, Bieńkowska acknowledged that it was right and proper to take measures to ensure kids are protected from harmful online content but said Safer Internet Programme research had failed to demonstrate “a direct link between children’s online activities and drawing children into gambling and future dependency.”

Perhaps the concerned Greek parliamentarian would be better off advocating against high school sports. New research led by the Tel Aviv University’s Dr. Belle Gavriel-Fried found that male students who participated in competitive sports were more likely to display higher rates of gambling frequency and problem gambling behavior while female athletes were at a higher risk of gambling frequency.

The study asked 316 Israeli high school students aged 14-19 years about their athletic involvement and their gambling habits. The study found significant differences in gambling activity between students who were involved in varsity or other structured competitive sports versus students who engaged in “intensive exercise” for non-competitive reasons, like wanting to look good at the beach.

The competitive athletes were found to be much more likely to buy lottery tickets and scratch cards, play card games for money and wager on other sporting events. Gavriel-Fried believes this “clear divide” between the two camps was the result of the competitive athletes’ “intrinsic impulse embedded within – to win, at all costs. This underpins gambling behavior as well.”

Gavriel-Fried suggested schools should integrate gambling prevention programs for youths involved in competitive sports “to avoid sticking ‘healthy heads in sick beds,’ so to speak.” That’s all well and good, but once anti-gambling types in the US of A get wind of this study, they won’t be satisfied until there’s a complete cessation of all organized sports in schools. When it comes to competitive throwing out the baby with the bathwater, ‘Murica has no equal. USA! USA!