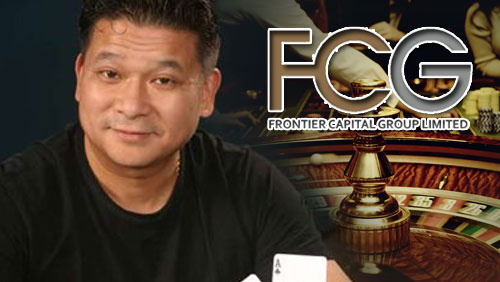 Chan has been appointed to spearhead the proposed acquisition of the Mongolian National Lottery announced on 23 April 2015. The press release issued by Frontier Capital Group also stresses that they ‘have the right to establish the first casino in Mongolia’.

It seems Chan’s high profile presence, coupled with his experience of managing California’s Hustler Casino, between 2003 & 2006, makes him a solid choice to lead the investigations into the gambling promise of a country that houses 3 million people.

“I’m looking forward to investigating the gaming market in Mongolia, and bringing this investment to shareholders as it evolves,” said Chan.

Chan was inducted into the Poker Hall of Fame in 2002, and he won the last of his 10 WSOP bracelets in 2005. His appearances on the live tournament felt have been few and far between in recent years. The last time Chan hit the news, it was as an ambassador for the cryptocurrency online poker room Breakout Gaming. A project that seems to have gone mighty quiet since their initial splash back in last 2014.

Just two months ago our very own Peter Amsel made you aware that Mongolia was looking to get involved in the casino industry after the Cabinet Secretariat approved draft legislation to authorize the building of two casinos aimed at attracting high rollers from China. Mongolians wouldn’t be allowed to play, over fears it would lead to increased corruption in the country.

We will bring you more news on that bill as and when we receive it.