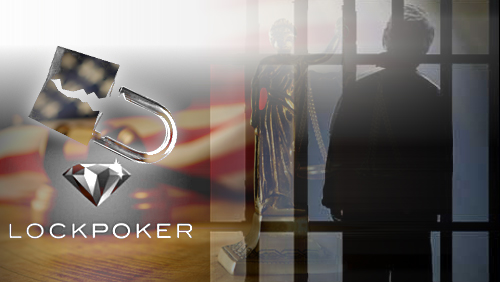 Two life sentences have been handed out to the people responsible for murdering 56-year-old gambler, Mehmet Hassan, and a third received 16-years for manslaughter. Lock Poker loses their Curacao gaming license.

behind bars, after Judge William Kennedy handed down their sentences this week.

Kyrron Jackson, 28, and Nicholas Chandler, 29, both received life sentences with a minimum term of 36-years, after they were found guilty of tying Hassan up, and then beating him to death, before ransacking his flat in Islington.

The pair gained access to his home after Leonie Granger, 25, built up a relationship with Hassan, in a honeytrap plot designed to rob him of thousands of pounds that he had stored in his flat.

Granger, who the jury found guilty of manslaughter, will face 16-years behind bars for her part in the terrible ordeal. When delivering his verdicts, Judge William Kennedy described the attack as ‘pitiless and wicked,’ and said it was ‘an act of brutality which defies reason and compassion.’

Reports suggest the killers got away with £3,000 in cash, and later filmed themselves on Granger’s mobile phone throwing £50 notes into the air, and into their clothing.

Both Jackson and Chandler were also found guilty of plotting to rob employees of Grosvenor Casinos, two counts of conspiracy to have a shotgun and imitation firearm.

Lock Poker’s closure is not a temporary one after poker scribe John Mehaffey reported on the site 4Flush that the Curacao gaming license they used to shaft people to the tune of $15 million is now invalid.

Mehaffey was the first to report on the potential demise of Lock Poker after he discovered that it wasn’t possible to connect to either Lock Poker or Lock Casino. Lock Poker released not a single word on the matter. Their sister site Superwins has also lost its license.

Whilst it’s good news for the poker community, it’s not so good for the people who have funds locked up on the site. It seems highly improbable that they will ever see that money again. Interestingly, this week, reports surfaced on Pokerfuse that troubled Seals With Clubs (SWC) associate Bryan Micon recently tried to buy Lock Poker.

Micon is busily putting together his defense in preparation for his legal battle with the state of Nevada, on charges that he operated an online poker site without the requisite license to do so.