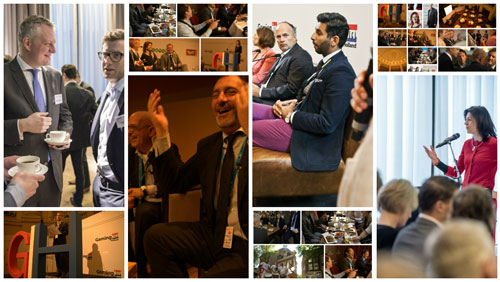 AMSTERDAM, XXth April 2015 – Gaming In Holland – announced today, that representatives of major operators of the State lottery, De Lotto and the National Postcode Lottery, shall be debating pending regulatory changes in the lucrative Dutch lottery market at their June conference.

Until recently, the Netherlands lotteries market was regulated by the Netherlands Gaming Control Board, but from April 2012 this responsibility is now with the Dutch Gaming Authority.

“The Dutch government has proposed a modernization of the lottery regulation from 2017. With the first outline reforms being made public in June, shall further fuel the debate at the Gaming In Holland conference. With ongoing talks of mergers and consolidation, lottery newcomers such as ZEAL/Lottovate (fka Tipp24), Camelot, Neolotto, KKCG and Winner Takes All, can enhance the discussion at the Amsterdam event,” said Willem van Oort founder of Gaming In Holland.

He further added, “This is a must attend session for our opening program of the conference on Monday 22nd June. We provide attendees of all levels, the platform in which to exchange information, network and operate a compliant gaming business in one of the fastest growing European regulated gaming markets – Holland.”

Gaming In Holland now in its fourth year and co-hosted with the iGaming Super Show, takes place on June 22nd – 23rd. Sessions at this year’s conference include secondary iGaming legislation along with lottery modernization on a Monday morning. The afternoon digest will see online gaming policy being discussed at the highest level. Policy makers, Gambling Commission, DOGA, KKF, IMGL, VAN, and EGBA shall be represented with speakers during the afternoon. The event is must-attend for iGaming executives looking to understand the pending legislation changes in 2016 and 2017.

About Gaming In Holland

• With 1,375+ members, it serves as a platform for the exchange of information, knowledge and contacts for iGaming and Lotteries in Holland

• The event is a 2-day conference. Registration has started. Early Bird Fee is 750€