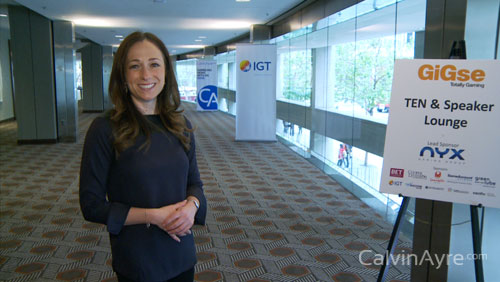 The second day of GiGse started off strong, with a number of delegates showing up bright and early to attend the sportsbetting panel featuring Dan Spillane, VP and Assistant General Council for the NBA, Adam Krejcik of Ellers Research, Senator Lesniak on pre-recorded video and moderated by popular gaming lawyer Jeff Ifrah.

Spillane started off by telling the audience the NBA does not support the way New Jersey is pursuing sportsbetting in the state and the NBA thinks the fight for sports betting should be happening in congress, not in the courts.

In response to the NBA’s opinion, Lesniak agreed its not the best way to go about it, but nothing is happening in congress- “the NFL has a lockdown on Congress” he says- and unregulated sportsbetting is happening now in New Jersey, run by organized crime or offshore operations.  The only other option New Jersians have at the moment is to fly to Vegas to place a bet and its simply not fair, he said. 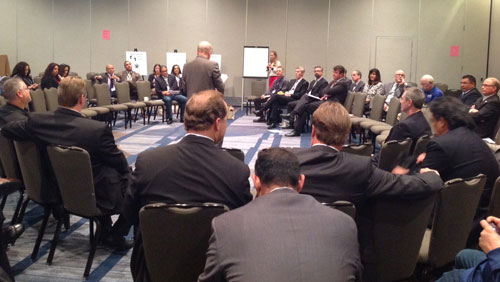 “I don’t disagree with what Senator Lesniak has to say”, said Spillane.  “Its largely in line with our view, where we disagree with him is how you get there”.  Spillane understands the Senator is under pressure to make sportsbetting happen now, but says the current process is a shortcut- the NBA thinks its better to take it to Congress even thought the process will take longer.

When it comes to exactly how sportsbetting will unfold in the US, Spillane said, “We’re open to a lot of different approaches as long as they protect the integrity of the game”. He also pointed out the revenue to come from sportsbetting is not at the top of the NBA’s priority list, rather its about integrity.  Sportsbetting something fans are already doing and the NBA is not involved nor do they have any control.  “We’re not pro-sportsbetting, we’re pro-transperency”, he said.

Corruption is obviously a point of concern for the NBA (and the other American leagues) and both Krejcik and Spillane agree putting some sort of cap on the types of bets accepted in a regulated sportsbetting market would help.  However, if its overdone, punters will continue to utilize the black market, so the balance has to be right.  Same goes for over-taxation in the market.

Spillane mentioned several times the need for leagues to be able to monitor betting activity and receive alerts on activity that may be in conflict of interest.  The NBA has gone so far as to talk with leagues located within countries where sportsbetting is legal to try and learn some best practices in this area.

Additional comments made by both panellists include fantasy sports are here to stay, despite sportsbetting regulation anytime in the future.  Spillane confirmed the NBA is pro-online sports betting because “digital permeates everything we do” and both panellists agree its going to be years before we see any sort of movement with legalized sportsbetting across the US.

“We’re in the beginning of a very long process, but we’ve got to start somewhere”, said Spillane.

Rigby shared with the audience his widely used model for engagement in game design, “player experience of need satisfaction” or PENS.  “Basic needs are consistently the most rewarding and valued experiences for gamers”, he said.

1)Autonomy- The need to experience personal volition, meaningful choice and opportunity. People don’t want to feel like the system is manipulating them or controlling them.

2)Relatedness- The need for a meaningful connection to others and feeling their support for our competence and autonomy.

3)Competence- The need to successfully grow; to extend our abilities, skills & efficacy.

“When these needs are met people spend more, engage longer and become evangelists”, he said. 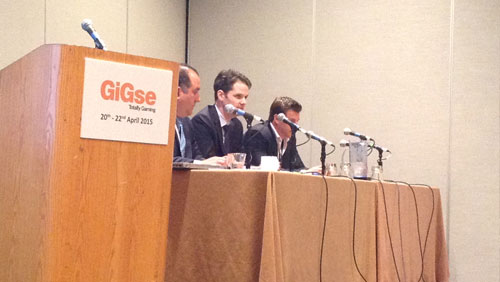 Rigby offered a series of recommendations for iGaming operators on how they can further engage their customers:

-help players understand- explain the rules and why they are in place, this helps players feel less controlled and more engaged

“The goal is to create experiences that result in satisfaction and then players will spend to meet satisfaction”, he said.

It was obvious nothing has changed within California regarding iPoker regulation- there is no real consensus among stakeholders, Pechanga does not want PokerStars or racetracks in the iPoker market, Morongo wants PokerStars in the market, racetracks want in the market and everyone wants RAWA to go away.

George Forman spoke on behalf of the Morongo and when asked if there will be Tribal consensus in 2015 he said it depends on the definition of “consensus”- the legislators will have to decide how many tribes must oppose before pulling the plug- it could be one, two or three, but “we like the odds”, he said.

Panellist Robyn Black spoke on behalf of the racetracks and said there is no reason to exclude racing from this new form of gaming and racetracks an important industry and we need to protect it, she said.  Despite the rumors, Black confirmed the racing industry is united when it comes to internet poker- the unions, jockeys, breeders, owners- we are all united, she said.

Ed Comins of WatchandWager agreed with Black and added if “bad actors” are allowed into the market you won’t see much interest in iPoker because there won’t be enough revenue to go around.  ADWs have potential roles as vendors, but they need to be given a chance as established California operators, he said.