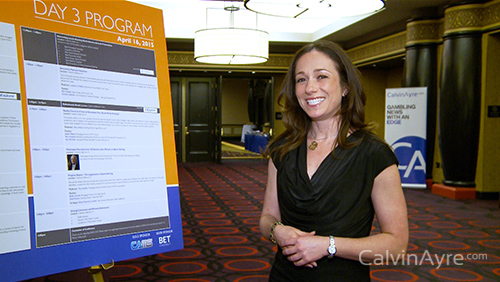 The third day of iGaming North America was a successful one, especially considering it was the last day of a three day stretch in Las Vegas.  Two good moves by the organizers were the addition of the iGaming North America Awards during lunch and holding a legalization of sports betting panel at the tail end of the event, both keeping a decent number of attendees on site (and out of the casinos).

When reflecting on the three days here in Vegas, what’s clear is Fantasy Sports is an incredibly hot topic in our industry today.  Jason Robins had an entourage of people following him after his session on Day 1 and today’s Fantasy Sports session enjoyed a full house despite its early hour. 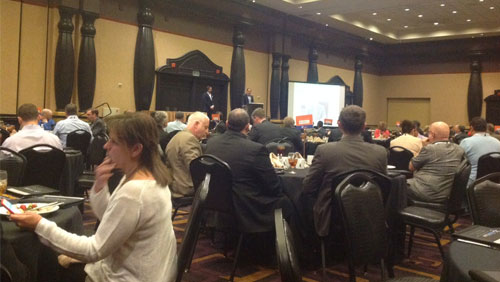 The panel, “Expectations for the Maturing Fantasy Sports Industry” featured Paul Charchian, President of the Fantasy Sports Trade Association (FSTA), a professional who has been involved in the fantasy sports industry for twenty years.

Charchian confirmed the explosive growth in Fantasy has a lot to do with the birth of Daily Fantasy Sports (DFS) thanks to industry giants Draft Kings and FanDuel.  “ESPN’s most hit area of the site is fantasy football”, pointed out Charchian.

Clearly there is a lot of opportunity in the DFS space, but Charchian warned start-ups to avoid mimicking Draft Kings or Fan Duel with maybe one or two features that are different because they will fail.  “It has to be something radically different”, he advised.

Other opportunities in Fantasy lie across the pond in the UK with Premier League football and also in India, where fantasy cricket is the biggest single fantasy expansion that Charchian has seen.

The Fantasy Sports industry has done a good job of self-regulating and Charchian doesn’t see any need for regulators to step in.  “Legislatively momentum is towards accepting Fantasy Sports, not regulation”, he said.  The FSTA has said it will oppose any efforts to regulate and its assumed the share holders such as the NBA and MBL would step in as well.

Before jumping into the afternoon’s sessions, inaugural iGaming North America awards took place for thirty minutes during lunch, sponsored by Ifrah Law and MC’d by Michael Caselli.  The awards were a nice (and painless) touch and the winners were as follows:

Operator of the Year – in memory of Diamond Flush: Golden Nugget Online Casino

Straight after the awards we had the alternative payments panel featuring Christian Solomine of PayNearMe and Rick Castello of NETELLER USA.  Both panellists agreed plenty of iGaming customers prefer depositing their money using alternative payment methods because they don’t like entering their financial information online. 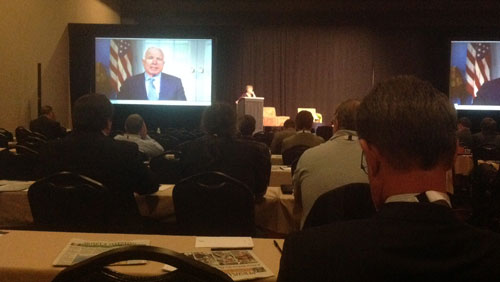 Another reason why people prefer using alternative payment methods is because they wish to segment what they are spending online vs. their everyday expenses and using alternatives helps them do so.  “The segmentation is really important to players”, Solomine explained.

Now that credit card companies are issuing a code dedicated to iGaming, we’re all expecting credit cards deposits to have a higher success rate.  When asked if this is a threat to alternative payment methods both panellists said “no”.

Castello envisions a bright future for alternative payment methods- he doesn’t see them diminishing at all and could see alternatives making up a larger percent than traditional in the future.  Solomine agrees and said he is actually happy to see the new credit card code because its rollout will mean more volume on iGaming sites, resulting in more liquidity and more players coming online.

Leniak told the audience he believes New Jersey “will have a victory sometime in June” and “if they decide not to allow it, they will at least give us a pathway”.

Lesniak emphasized there is a real possibility they will hold up his bill as is and this panel is the best shot New Jersey will have to get sports betting.  “If we win this case, there will be a rush to Congress…we will be the straw that breaks the camel’s back…this decision will ultimately pave the way for the rest of the country”, he said.

When the subject of the leagues was brought up Lesniak said, “The NFL is still very strongly opposed, I don’t see any crack in them” and pointed out the NFL is playing at Wembley Stadium in the UK four times a year and people can gamble right there in the stadium.  He cannot think of any real reason why the NFL opposes sports betting except for they are “waiting to play their card so somehow they can get a piece of the action”.

As for predictions from the other two panellists, Purdum believes we will have legalized sports betting in the US and when the NFL decides they are ready, it will happen.  Cherniak agreed and added we will likely see a lot of partnerships with Euro companies with solid technologies such as in-play betting because we are behind in sports betting technology here in the US.