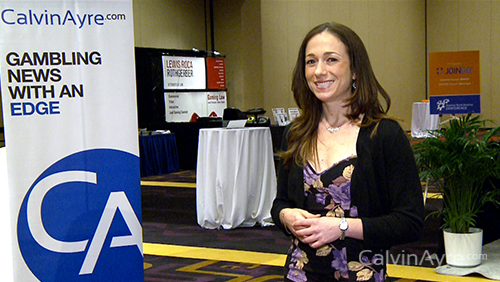 The second day of iGaming North America 2015 was a success with plenty of networking, full sessions, excellent speakers and more than enough food.

Most people start with “pay me” and get the door slammed in their face, he said.  Its only when a customer likes, knows and trusts that they will pay you- its easy for them to make the purchase at this stage.

Comm is also an expert on Twitter, having written three books on the subject.  He shared two quotes from one of his books “Twitter Power” with the audience:

1)“Twitter is the water cooler of the 21st Century”

2)“Someone who uses social media successfully doesn’t just create content, he or she creates conversations”

“To share is human”, he said, “Its all about having experiences with others”. 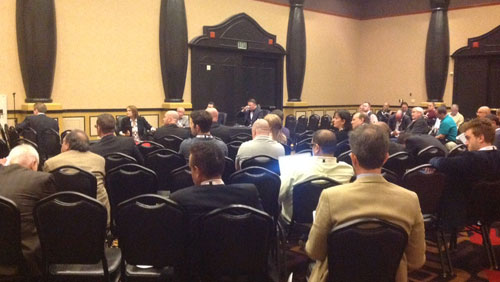 Today’s affiliate marketing panel was a popular one, held in a room where audience participation was facilitated.  Panellist Itsik Akiva has an extensive background in the iGaming affiliate industry and is an expert in performance marketing.  He wanted to send the message to affiliates with US traffic that there are opportunities today for them in the US market, namely real money skill gaming and fantasy sports.

Another fascinating panel was led by Rich Muny of the Poker Player’s Alliance (PPA) and featured poker icons David Sklansky and Mason Malmuth of 2+2.  The theme of the panel revolved around a need to create the right environment for recreational poker players online otherwise there will be a problem with the ecosystem.

Both Malmuth and Sklansky made the point they are not against pros/experts winning money, but just not so fast. Same goes in the reverse- they are OK with recreational players losing money overall, but just not so fast.  Sklansky added recreational players don’t like making a fool out of themselves in front of the pros- if they know the people at the table are trying to make money off them, they don’t like it and don’t want to be seen as suckers.

Sklansky offered some ideas on how online poker operators can create a more enjoyable environment for the recreational player and they are as follows:

-change the rules in the games we play now

Some other ideas to try: 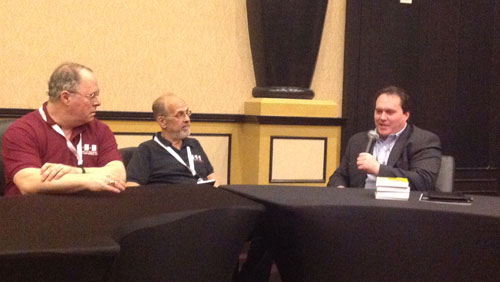 The ideas above will attract more people who just want to have fun and in turn drown out the “robotic” players we see today online in the smaller games.

“Pros will dislike my ideas, however they are being short sighted if they see it this way because in the long run if its only pros left playing, no one makes money”, said Sklansky.

RAWA was also a hot topic today (as it is any other day, really) and Muny shared the surprising news with CalvinAyre.com that Harry Reid has recently announced support of the bill without a poker carve-out.  Nolan Dolla told CalvinAyre.com he believes RAWA is a real threat and the online industry must align itself rather than go back and forth over issues such as bad actor clauses, inclusion of racetracks, etc, otherwise we become weaker and may ultimately lose the fight.

Today’s final panel focused on mobile products in the US market and Nico Vuori of Rocket Games was an outstanding speaker, especially considering his previous experience at Zynga and general expertise in the mobile social casino field.

One of his main points today was app store optimization is key.  “Its all about putting your best foot forward in the app stores”, he said.  Make sure the CS email is included, make sure there are no spelling errors.  Its also critical to receive high star ratings and lots of reviews, something operators should ask of customers after they are engaged with the site as opposed to early on.