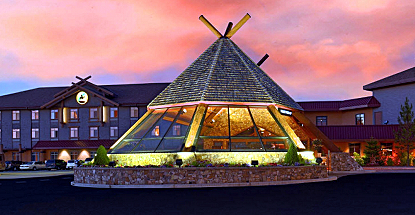 Tribal casinos across the United States posted a revenue increase in 2013 but the pace of growth was the slowest since the 2008 economic recession.

This week saw the release of Casino City’s annual Indian Gaming Report, which showed annual revenue up 0.5% to $28.3b. The figure is another all-time high for tribal casinos and the fourth consecutive year of annual growth.

However, the pace of 2013’s growth was slower than 2012’s 2% and 2011’s 3%. Study author Alan Meister blamed the slowdown on the sluggish economy, increasing competition and market saturation.

The year in question featured 244 tribes operating 479 gaming facilities in 28 states. Of these, 17 states reported revenue growth, with four states reporting double-digit growth. The top two states – California and Oklahoma – accounted for 38% of tribal gaming revenue, while the top 10 states accounted for 85% of the total pie.

FLORIDA POL FILES BILL TO EXTEND SEMINOLE GAMING COMPACT
Florida’s Seminole Tribe has found a supporter in state Sen. Rob Bradley. On Friday, Bradley filed legislation that would extend the tribe’s gambling compact – a portion of which expires July 31 – by one year.

Florida is currently wrestling with whether to (a) extend the Seminole’s monopoly on blackjack and other house-banked card games or (b) pass state Rep. Dana Young’s sweeping gambling overhaul legislation, which would allow two integrated resort casinos to be built in Miami-Dade and Broward counties. Bradley heads the Senate Committee on Regulated Industries, which is due to consider Young’s bill next week.

With the current legislative session set to end this month, Young’s bill is a definite long shot to pass. Bradley says his compact extension proposal is “a common sense solution to the time sensitive environment in which we find ourselves.” Bradley says it’s important legislators “find the right policy rather than the quick answer.”