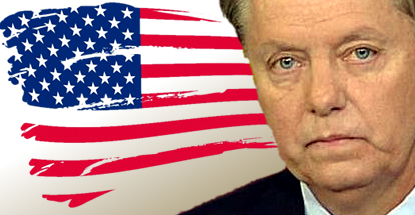 Investment firm Morgan Stanley has once again lowered its revenue expectations for US online gambling.

On Tuesday, the formerly bullish bankers projected regulated states’ online gambling revenue will go no higher than $2.7b by 2020, barely half their most recent $5b estimate (and just one-third of previous estimates). The 2017 estimate has been lowered from $1.3b to just $410m. Morgan Stanley believes 15 states will be offering regulated online gambling by 2020 but none are expected to join New Jersey, Nevada and Delaware in 2015.

As for the Restoration of America’s Wire Act (RAWA), the federal bill that would ban most forms of online gambling except horseracing and fantasy sports, Morgan Stanley believes passage is “unlikely given legislators’ split views.” While RAWA’s recent House subcommittee hearing “suggests [RAWA] could be gaining momentum,” Morgan Stanley believes the bill “faces long odds of passing, especially without carve-outs for online lotteries and existing online gambling states.”

RAWA LOTTERY CARVEOUT COMING?
The absence of a lottery carveout is widely considered to be RAWA’s Achilles heel, given the number of state lotteries that are either already offering some form of online sales or are contemplating doing so. RAWA sponsor Rep. Jason Chaffetz (R-UT) has reportedly been quite churlish in beating back lottery carveout requests but fellow RAWA supporter Sen. Lindsey Graham (R-SC) recently appeared to offer some wiggle room on the issue.

In aN interview with GamblingCompliance, Graham (pictured) said he wasn’t necessarily backing RAWA in order to screw over lotteries and revealed that he was “talking with” lottery backers to see if the parties “can find some accommodation.”

BARTON TO INTRODUCE ONLINE POKER BILL … AGAIN
Acting either from a sense of duty or an opportunistic bid for the limelight, Rep. Joe Barton (R-TX) has announced he will introduce new legislation designed to legalize online poker at the federal level. Over the weekend, Barton told the Star-Telegram that his new bill would be similar to his previous efforts, which would authorize poker but allow individual states to opt-out if they so desired. Barton said his bill “doesn’t apply to the lottery or any other games of chance.”

Barton painted his latest effort as a direct counter to RAWA backers. “Folks who think they can stand in a pulpit and tell people how to run their lives and tell states how to run their businesses don’t see the same Constitution I do.” Sadly, given the current climate in Washington, Barton’s bill stands even less of a chance of advancing than RAWA, making this a purely symbolic effort on par with the House of Representatives’ 56 votes to repeal President Obama’s health care plan.