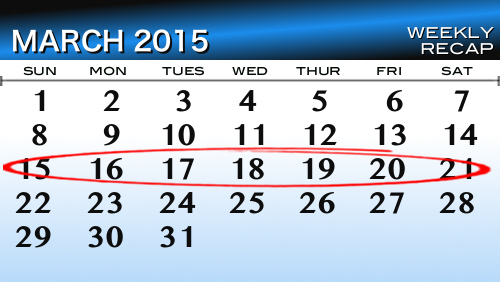 ASIA
Kazuo Okada said Philippine and Japanese bribery investigations had been closed but other investigations are still very much open; Bloomberry Resorts turned a profit in 2014 and bought a South Korean island; Galaxy Entertainment handled Macau’s downturn better than most; South Korea’s gambling revenue grew for the ninth straight year; proxy betting is all the rage in Manila casinos; gambling was down on Genting Hong Kong’s floating casinos; Nepal agreed to amend its gambling laws after casinos complained; PokerStars inked Japanese ‘it’ girl Yuiko Matsukawa; Macau busted another prostitution ring; BetEasy officially rebranded as CrownBet; City of Dreams Manila will host the next major One Championship fight; a new Australian study says gambling marketing should use more hot men and Angelia Ong brought her video crew to Days One, Two and Three of the iGaming Asia Congress 2015.