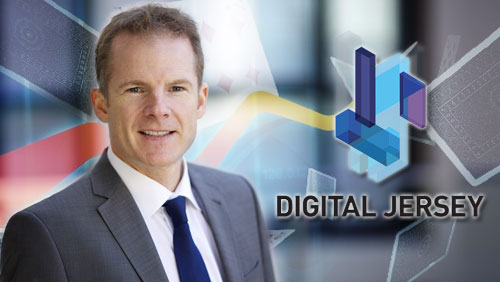 ICE 2015 kicked off the year for the gambling industry and it was an exceptionally successful event for Jersey, the latest iGaming jurisdiction on the block.

The Jersey Gambling Commission was established in 2010, but the UK’s whitelist greatly restricted the island’s ability to attract iGaming operators as Jersey was not on the list.  Now that the whitelist has been abolished and the POCT is in place, Jersey has emerged as the latest tier one global iGaming jurisdiction and the reception of the industry has been overwhelming.

To get a feel for why Jersey is an ideal jurisdiction for online gambling operations, I sat down with Andy Jarrett, Director for Digital Jersey, an organization supporting local businesses, attracting new businesses and inspiring innovation on the island.  During our discussion, Jarrett covered the key benefits of obtaining a license and basing a business on island, Jersey’s relationships with other jurisdictions and crypto-currencies.

Becky Liggero: Jersey is a jurisdiction I’ve known about for several years but I haven’t seen much from the jurisdiction.  Now that the POCT has been passed and we have an abolished whitelist, Jersey is back and can you start by telling me how these new laws in the UK have put Jersey back on the map in terms of serving as a jurisdiction for iGaming?

Andy Jarrett: We set about putting the laws in place in Jersey and the latest draft was finished in 2012 and passed in ’13 – that was with the understanding that we’d get on the whitelist.  But I think the UK knew where it was going with the POCT and we were just making no progress because the operators and the businesses we were talking to really wanted us to be on the whitelist.  So we took a step back and thought, lets just pause.  Lets have a look at what’s out there jurisdiction-wise.  Lets talk to a whole bunch of operators and businesses to see what they would really like and then look to launch something in January when POCT comes in – that means that taxes are going to go up and the whiltelist is going to be going away, so that barrier’s been removed.

So I think those things coming together, we felt on the island that companies would look at different jurisdictions.  If they’re UK only, then why be anywhere other than the UK- they’re just going to relocate to the UK- but we thought this might provide a catalyst for people who might look for a new global hub.

My job at Digital Jersey is around helping the digital businesses on the island expand and grow and looking for new ones.  So we got the stakeholders together and said what can we do as an island? And one of the things was around regulation.  The regulator is interested in covering his costs, and his licensing regime reflects that.  He’s not there to make a profit, just to cover his costs.  And that actually makes a quite big differentiator into when you look into other jurisdictions.

When you look at the telecoms infrastructure, we share similar providers to our neighbor Gurnsey/Alderny and there are a couple of others as well, so we’re actually stronger than them from that perspective.  If you look at some of other service providers and you just want to set up a business here and some kit here but not move people, we’re very well served for that.  Many of the people in the industry look to M&A or lists and Jersey provides more companies listed on the AIM and LSE than any other country other than the UK so it’s a great place for doing that.

Our structure here was look at what everyone else is doing and then position ourselves somewhere away from there and really build our strengths.  So if you’re an organization that wants to list, or you’re looking for that kind of environment, that’s where we are.  If you want to operate at perhaps the very cheapest end of the market, we’re probably not for you.  That said, the licensing regime reflects the costs of running here and isn’t a profit generator.  There’s a currier license that’s 5k, a mirroring license if you want, 10k for B2B and 15k for B2C. There are no duties or hidden taxes on top of that.

BL:  Those are definitely a lot of good reasons why Jersey is a nice jurisdiction and I think some of the other islands we hear about around the UK, they have a reputation of maybe being not the most fun place to live and its hard to hire good talent and things like that.  Can you talk to me about what its like in Jersey and what sort of talent you can find on the island?

AJ: Sure and that is absolutely part of the mix and why a number of people from the other islands are coming to talk to us.  Its not only the regulator side, a lot of it is around the things you talk about.

We have a pool of skilled staff on the island, we know its big on financial, but a lot of that is digitally based now- part of what I’m doing is in the FinTech arena- and actually the gaming industry helps support that because they have highly skilled marketeers and that type of thing.  So we work with the population office to make sure if these businesses come in and they what to bring these skilled staff in, there’s a route for them to be able to do that.   But they need to act to the island, they need to train people to help us, so a skilled staff would come in and they would support our existing economy as well.

BL: Well we know the online gambling industry likes Michelin stars, so that’s very good.  A lot of the online gambling companies already have licenses in certain jurisdictions, some see value and getting several licenses, especially if they are global businesses.  What kind of relationship do you have with the Isle of Man and Alderney? I’ve heard of a tri-island, tri-license (I forget what its called), how would something like that work out?

AJ: There are MoU’s in place with the Isle of Man and with Malta, I believe there are some talks going on with Alderney as well (I’m not too sure of that one) and its an information exchange.  If you have an Isle of Man license and want to be in Jersey, you’ll need a license in Jersey as well.  What we’re seeing is a lot of operators are approaching us who are going down that path because they can see they need a B2B license – they’ve got something in Malta, can they operate out of Jersey on a B2B license as well? So there’s a lot of activity in that area going on.

What the regulator does is sit down with the operators and ask, ‘What is it you want to do and where’ and he writes that into their license, so you’re not being shorned into something that was written two or three years ago but perhaps doesn’t quite fit your business.  So that’s another vein of conversation that’s been happening.

People are saying we want to do this and we want to do it this way and provided the regulator is happy with that, then they will write their license to enable you to do that.  So there are lots of these types of conversations going on as well.

BL: Yes, that’s interesting and there’s another topic I keep hearing about with operators and its crypto-currencies, Bitcoin, etc.  Some of them haven’t even taken it on board but they’re curious about the future.  What is Jersey’s opinion on crypto-currency and how to you plan to regulate it?

AJ: We actually already do in some respects.  We’re the world’s first jurisdiction to license an expert in Bitcoin, so an advisor for some of the firms over here.  We’ve got an insurance firm that has insurance products serving in Bitcoin as well, there are a couple of exchanges being launched locally, so we are a Bitcoin friendly jurisdiction.  The Financial Services Commission are very aware of it, I’m working with them on a paper they’ve written, hopefully it should be released for public consumption relatively soon and they are open to discussion.

If you’re an organization and you want to take normal currency- or fiat currency as the Bitcoin people like to refer to it- and a crypto currency then yes, lets talk to the Financial Services Commission about what it is you want to do and how you’re going to do it.

From the regulator’s perspective, what they are interested in around the banking is segregation of player funds and operational funds- that’s their key requirement, so we’re definitely open to talking to businesses who want to come here and as part of their mix have crypto currencies.

BL: Really cool.  I saw some of your guys at ICE this year, part of your big “re-entry” into the market – how did things go for you at ICE and what are you doing to follow up on all of it?

AJ: It was really beyond our expectations, the show was such a success for us. We’re working over 250 enquiries from the show and probably 50 or 60 of those are really genuine people that we’re following up with.

There are corporate service providers who are working with companies on their due diligence, getting their information packaged up so it’s presented to the regulator in the right format.  We’ve got our first license already and there are several more.  I hope we should be in double figures by the end of the year with some big brand names.  That’s what its looking like so far.

BL: Well is seems like you’ve started off with a bang here, lots of really good things coming out of Jersey- this is fantastic.  Well Andy, I look forward to seeing you at more events and hearing how things progress for you guys.