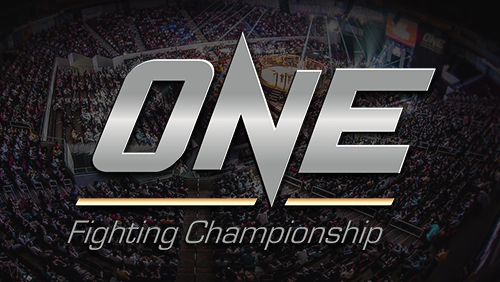 BEN ASKREN AND LUIS SANTOS SET TO BATTLE FOR ONE FC WELTERWEIGHT WORLD CHAMPIONSHIP AT ONE FC: VALOR OF CHAMPIONS IN MANILA

ONE FC: AGE OF CHAMPIONS TICKETS AVAILABLE AT AIRASIAREDTIX.COM

28 January 2015 – Singapore: Asia’s largest mixed martial arts organization with a 90% market share, ONE Fighting Championship™ (ONE FC), has announced its return to Kuala Lumpur with another blockbuster event. ONE FC: AGE OF CHAMPIONS is set to take place on 13 March at the iconic Stadium Putra. The main event will feature a ONE FC Flyweight World Championship bout wherein incumbent champion Adriano Moraes will be defending his title against Japanese stalwart Asuka ‘Riku Shibuya’ Mikami. Malaysian mixed martial arts superstars Peter Davis and Ann Osman are also expected to be featured on the card.

ONE FC will also return to Manila, Philippines for ONE FC: VALOR OF CHAMPIONS on 24 April and to Singapore on 22 May for ONE FC: WARRIOR’S QUEST. ONE FC: VALOR OF CHAMPIONS will be held at the state-of-the-art MOA Arena while ONE FC: WARRIOR’S QUEST will be held at the 12,000-seater Singapore Indoor Stadium. Originally scheduled to be held in Jakarta, Indonesia on 14 February, ONE FC: ODYSSEY OF CHAMPIONS will be moved to a later date.

Ben Askren will defend his ONE FC Welterweight World Championship for the first time at ONE FC: VALOR OF CHAMPIONS. Standing opposite him in the ONE FC cage will be Brazilian MMA veteran Luis Santos, who made quick work of Bakhtiyar Abbasov in his ONE FC debut.

Tickets for ONE FC: AGE OF CHAMPIONS, presented by Tune Talk, are on sale from 19 January at www.AirAsiaRedTix.com. Ticket categories begin with the full Red Carpet and cageside experience for VVIPs at RM388 followed by VIP RM278, Gold RM168, Silver RM108 and Bronze RM58. Early bird promotions for Gold, Silver and Bronze categories are available until 31 January. Prices include ticketing fee.

CEO of ONE Fighting Championship™, Victor Cui, stated, “We are kicking off 2015 with three spectacular events lined up to start the year. ONE FC: AGE OF CHAMPIONS will see the return of ONE FC Welterweight World Champion Ben Askren as he takes on one of the toughest challenge of his career against Luis Santos. Ben Askren is the absolute best in the world and we are excited to see him up against the highly skilled Luis Santos. We are also ecstatic at the chance to be back in Manila on 24 April and in Singapore on 22 May to treat fans to world-class mixed martial arts action!”

Adriano ‘Mikinho’ Moraes is the reigning ONE FC Flyweight World Champion. He has looked unstoppable since moving to ONE FC’s flyweight ranks, notching three submission victories in a row whilst capturing the inaugural ONE FC Flyweight World Championship in the process. He is a Brazilian Jiu-Jitsu brown belt with aggressive takedowns and freakish athleticism complementing his submission skills.

Asuka ‘Riku Shibuya’ Mikami is a Japanese flyweight star and one of the brightest talents to emerge from the country in recent years. He boasts a stellar 11-2 record and has not lost since 2009. Mikami possesses impressive striking skills highlighted by professional kickboxing experience. After building a solid foundation in Japan, he now faces the biggest test in his career after signing with Asia’s largest mixed martial arts organization.

Former NCAA Division I All-American, Ben Askren is a collegiate wrestling legend and one of the finest mixed martial artists in the world today. In just two fights in ONE FC, Askren was able to seize the ONE FC Welterweight World Championship with a resounding technical knockout victory over Nobutatsu Suzuki. At 14 wins with no losses, Askren is widely considered to be the absolute best in his division and one of the best fighters in the world pound for pound. His next challenge is a tough one, as he pits his skills against veteran mixed martial artist from Brazil, Luis Santos.

Luis ‘Sapo’ Santos is a mixed martial arts veteran from Brazil with over 70 professional fights on his record, featuring 61 wins with over half of those wins by either TKO or KO. With a black belt in Brazilian Jiu-Jitsu and a penchant for spectacular finishes, Santos made his successful ONE FC debut last November with an emphatic KO of Bakhtiyar Abbasov. Against Ben Askren, Santos is expected to come in at full strength for a shot at the ONE FC Welterweight World Title.