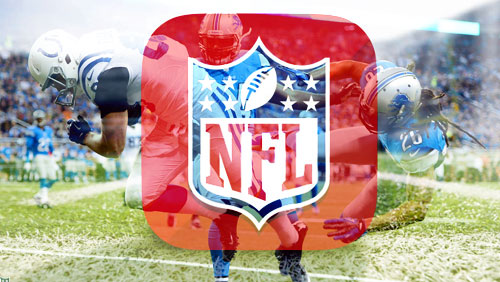 If there’s anything you’ll notice about this week’s spate of games, it’s that there’s an alarmingly high number of home underdogs. I’m not just talking about short dogs, either. I’m talking home dogs getting anywhere from 8 to 11 points. That should make for a very exciting betting week for the public and the books as the season winds down. Expect fireworks, people!

As expected, there’s been little movement on the line, although some books did drop the number to -2.5 for the Jaguars. Still, betting on this game is incredibly tricky because both teams are better off just losing this game to improve their draft stocks. If I had to choose, and believe me, it’s a forced pick, I’d probably side with the home team on account of them being, well, at home.

Well, that didn’t take long to shoot up. Literally minutes after the Chicago Bears announced that Jimmy Clausen would be starting in favor of Jay Cutler, sportsbooks immediately added two points to the spread, from -7 to -9 on the Detroit Lions. I personally don’t think it’s going to matter because the Bears appear to have checked out of this season. They’re like the team that knows it’s not going to make the playoffs and they’re just going to be doing whatever it takes to get through the last two weeks. This is normally a recipe for concern, but not when you’re betting against a team that literally just wants the season to end.

Chalk this game up as an identical one to Bears-Lions. You have a team that’s desperate to get a win against a team playing for nothing, other than to see what Robert Griffin III is still made of. But unlike the Bears, I think the Redskins make a game out of this despite being 9-point home underdogs. That’s a high number for a home team to be getting against an Eagles team, that has looked shaky in the past few weeks. i still expect Philly to win, but in a close one.

Green Bay’s road woes have been well-documented this season and while I don’t think they’re going to lose this one in Tampa Bay, covering 11 points on the road is going to be a little tough. I’m not saying this one’s going to be close, but a late Tampa score could be a recipe for a late cover.

The Saints opened as -6.5 favorites but that number has been bumpers up to a full touchdown. Like I said earlier in the week, betting on this game is going to take a lot of cajones. So either I’m a genius or I’m incredibly stupid, but I think New Orleans finally seizes control of the division with a dominant win against their division rivals to finally restore that Superdome mystique.

This is a big AFC game that will determine which of these two teams can take control of one of the wild card spots in the division. The Steelers opened as -3 favorites and that number has remained unchanged. Another tricky one to handicap, but I think Pittsburgh gets the job done, thanks to a whole lot of Le’Veon Bell.

The public has been pounding Seattle since the line opened with the Seahawks as -8 road favorites. The number has since been bet up to -9 and I expect that number to go up to double digits when more people realize that Ryan Lindley is going up against the Legion of Boom. It’s unfortunate for the Cards to be put in this position after the year they’ve had. But that’s what happens when you lose played to injury at the wrong time and you’re facing a team that’s peaking at the right time.

This is Dallas’ chance to get a firm grip on the NFC East. Fortunately, they’re playing a Colts team that’s likely stuck as the 3rd seed in the AFC. That could mean that we see Indy take the game off and let the Cowboys take the win and cover the -2.5 spread, which has been bet up by -1.5, by the way. Heavy action on Dallas and I think that’s the right call.