World Poker Tour founder, Steve Lipscomb, and NorthSouth Productions partner, Mark Hickman, are planning to launch a reality TV series that could produce a future president of the United States. 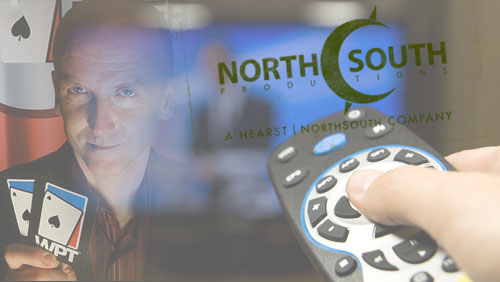 Has the world gone stark raving mad, or is Steve Lipscomb a genius?

13-years ago Steve Lipscomb stuck his neck on the line. He loved the game of poker and thought that it deserved a bigger stage. His challenge was a tough one. How could he condense a lengthy, and often boring poker tournament, into something exciting for a television audience?

The answer was the World Poker Tour (WPT), and in the ensuing 13-years it has become one of the strongest televised poker shows in the games history. From the Travel Channel to GSN to FS1, from Shana Hiatt to Kimberley Lansing to Lynn Gilmartin – the show revolutionized poker coverage on the television. Lipscomb was a genius. In 2009, he sold his little baby to PartyGaming for $12.3m, and got involved in the oil and gas business. But television kept calling him.

So what next for Lipscomb?

According to a piece in B&C magazine, the poker pioneer is ready to take on his mightiest challenge to date. We have had reality TV everything, but we haven’t yet had a reality TV President of the United States. I am not kidding. Lipscomb is about to change the face of politics by creating a TV show that could very well create a reality TV president.

The former lawyer is teaming up with NorthSouth Productions partner Mark Hickman, to create a show called Born to Run – a reality TV show that will launch Republican and Democrat candidates for the 2016 Presidential election.

“Unlike the experience of being at every network with World Poker Tour being told that no one would ever watch poker, every room we’re in now understands that this is bigger than big and will change not just the television format but our very notion of democracy,” Lipscomb told B&C.

It’s madness lies in its genius.

In 2010, only 21% of Americans aged between 18 to 24 voted in the presidential elections. A report in The Week, earlier in the year, suggested that figure may only rise as high as 23%. How many young Americans watch reality TV shows? When the sixth season of The Voice premiered in Feb of this year over 15 million people tuned in. That’s a lot of young people.

Lipscomb believes the success of the show lies in the power of social media, and strongly believes that his project could make a positive impact in the political process.

“While we may disagree about many things, we all agree that the system is a mess: Witness Congress’ 9% approval rating, a historic low, and 80% disapproval,” Lipscomb told B&C. “The logjam in our political system makes us feel so disenfranchised in picking our political leaders. At the same time media and technology have advanced to a point where we can have a say.”

The show will produce two candidates, as selected by the viewing public, and they will be sent off to the New Hampshire primary in search of political glory.

Both Lipscomb and Hickman are in confab with a number of broadcast and cable networks about the new idea.