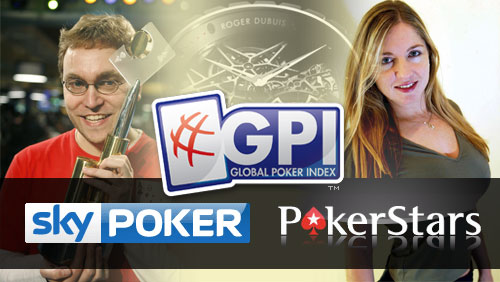 This week, in Calling the Clock, the emphasis is very much on the player, as Victoria Coren resigns from PokerStars; Neil Channing joins Sky Poker; Sin Melin reveals it’s the end for Full Tilt Red Pros; and a whole host of pros win some big money on the World Poker Tour..

There was only one poker related story that moved around the media like a tsunami this week, and that was the announcement from Victoria Coren Mitchell that she was resigning from PokerStars.

It seems like just yesterday that yours truly was waxing lyrical over how important her sponsorship deal was for PokerStars. She had just defeated the European Poker Tour (EPT) San Remo field to become the only player in history to capture two EPT Main Event victories. The British national press went crazy. Her mush was slapped on every tabloid in the country, and therefore so was the encouragement for women to start playing poker.

And now she has quit; after PokerStars announced plans to roll out online casino games, by the end of the year, and a sports book in the very near future. Coren Mitchell felt she could not endorse online gambling, and only signed up to promote ‘pure poker’, hence her hasty departure.

The news prompted a wave of hypocrisy on social media, and 2+2, as hoards of grinders congratulated her for leaving Stars before logging on to play another 24-table session.

So poker loses one of the UK’s old guard, but gains another.

One doubts that you will find Neil Channing advocating that gambling is bad for your health. The co-founder of the Betting Emporium, has made a living out of the game since he first started squeezing zits.

In a world that has seen online poker sites dropping sponsored players like lepers drop body parts; Sky Poker have decided to be the black sheep of the community by actually hiring. Channing will join Julian Thew to promote Sky, both online and live, as well as appearing on their poker TV channel, and writing more of his forthright opinionated magic on their online community.

When Sin Melin told me that Full Tilt had cancelled her Ambassadorial contract, it wasn’t exactly a surprise – but it was news.

The news comes weeks after The Professionals were also closed down. Gus Hansen and Viktor Blom having their contracts severed by Full Tilt as they decided to move forward in a ‘new direction.’

The heart had not yet healed, but that didn’t stop Viktor Blom getting into bed with a different online poker room within weeks of leaving Full Tilt.

Blom signed up with Unibet to star in their Golden Cash Game. It was held in Aspers Casino in Stratford, and the social network for the poker community, Ranking Hero, was also on hand to celebrate their one-year anniversary.

Chief Commercial Officer, Nicolas Levi, exchanged his office job for the dirty baize, as he joined the likes of Blom, Barny Boatman, Neil Channing, Teddy Sheringham, George Boateng, and Tomas Brolin, to play in the event that awarded £1k gold bars to anyone winning a hand with seven-deuce.

It’s not sure if Unibet’s association with Blom is a long-term thing, or just a one-night stand.

The Global Poker Index (GPI) will be hoping that their new relationship with Roger Dubuis is more than a one-night stand.

CEO, Alexander Dreyfus, is on a mission to ‘sportify’ poker and that means non-gambling sponsorship deals – lots of them. His journey has begun by inking a deal with the Swiss watchmaker Roger Dubuis. The elegant watch manufacturers will provide the winners of the European, Asian and American GPI Player of the Year Awards, with unique and individually made Roger Dubuis watches.

It’s the third Swiss watch deal within poker after the EPT cut a deal with Slyde, and the World Poker Tour (WPT) did likewise with Hublot.

The WPT didn’t hand out any Hublot watches out this week, but they did hand out a whole host of trophies, and cash prizes. Simultaneous events, from across a large stretch of blue water, saw arms raised aloft in both the UK and Canada.

A 21-year old UK-based Lithuanian, Matas Cimbolas, defeated a stellar final table to capture the £200,000 first prize at the WPT UK event in Dusk till Dawn (DTD), Nottingham. Bryn Kenney also banked £100,000 for his victory in the High Roller event. The up and coming online star, Patrick Leonard, making the final table of both those events.

WPT Montreal belonged to Jonathan Jaffe. It was another pro-heavy final table with the likes of Kevin MacPhee, Sam Chartier, and the reigning WPT Player of the Year, Mukul Pahuja, all in contention.

Jaffee defeated Ratharam Sivagnanam, in heads-up action, to take the top prize of $429,106 .