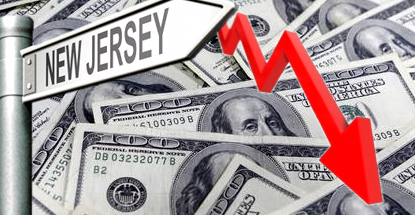 New Jersey’s regulated online gambling market reported revenue of just under $9.5m in October, 7.4% lower than the previous month. The poker vertical generated just under $2m, down over $100k from September, disappointing those who expected the usual seasonal bump in poker play. The online casino vertical fared little better, falling around $660k to $7.5m. The number of registered online gambling accounts rose 4.9% to 479k in October.

The number of casinos licensed to offer online gambling fell to five in October following Ultimate Gaming’s decision to withdraw from the its local partnership with the troubled Trump Taj Mahal. Ultimate Gaming remained online through the first five days of October, but the Division of Gaming Enforcement opted not to include the site’s dwindling contribution in the monthly total.

Ultimate’s absence didn’t alter the hierarchy of online earners, which saw the Borgata/Bwin.party combo continue to hold top spot at $3.24m, with casino at $2.18m and poker at $1.05m. The monthly total is down about $200k from September, evenly split between casino and poker, although poker fell by a greater proportion (-9.4%) than casino (-4.8%). Caesars Interactive Entertainment maintained its revenue bridesmaid status with $2.46m (-$200k), with $1.55m via casino and $911k via poker. CIE’s monthly loss was almost entirely via its casino vertical.

The bottom three operators are technically all casino-only, with the Tropicana/Gamesys tandem earning $1.925m (-$120k), the Golden Nugget earning $1m (-$80k) while the cellar-dwelling Trump Plaza/Betfair combo bucked the trend as the month’s only gainer, rising $90k to $856k. Betfair, which offers poker but reported no rake in October, is due to move its platform to a new Caesars location following the recent shuttering of the Plaza casino.

For the year-to-date, New Jersey’s online market has generated $103.4m in total revenue ($25.1m via poker, $78.3m via casino). Assuming present trends continue, the first full year of online gambling revenue will in all probability come in under $120m, which will prompt a fresh round of criticism for Gov. Chris Christie and others who made outlandish forecasts for the market’s revenue and tax-earning potential.