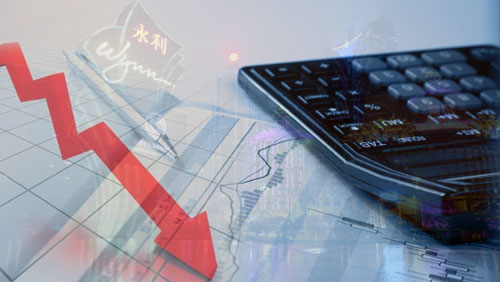 Wynn Resorts Ltd. third quarter performance saw the Las Vegas-based casino company’s revenue drop 1.4% on the back of a turbulent three months in Macau. From July to September 2014, Wynn reported a revenue of $1.37 billion from $1.39 billion in the third quarter of 2013.

The slight drop in net revenue came from a down Macau market that has been hampered by lower high-roller participation amid a government corruption crackdown and increasingly worrisome political unrest in Hong Kong. The company still earned $942 million in Macau in the third quarter, 5.6% year-on-year decline from $997.6 million. Adjusted property EBITDA reached $325.5 million in the third quarter of 2014 but that number was still down 1.1% from the $329.1 million the company reported over the same period last year.

The biggest culprit in Wynn Resorts’ disappointing Macau numbers can be traced to the drop in table games turnover in the high-roller segment. In the third quarter, that segment accounted for $25.1 billion in turnover, 17.4% worse than the $30.3 billion it received in 2013. The mass market segment did post a significant increase in table games win, improving by 36.4% to $327.2 million while slot machine handle also rose 23.2% to $1.4 billion.

Non-gambling revenue also increased 1.4% to $99.1 million on the strength of an improved average daily room rate of $327 compared to $310 in the third quarter of 2013. Wynn Resorts also reported increasing its occupancy at Wynn Macau to 98.5%, 2.7% better than its 2013 percentage.

Despite the slowdown in VIP gambling in Macau, Wynn’s overall revenue could have been a lot worse had it not been for the steady gains it made in Las Vegas, where the company’s net casino revenue increased 10.5% to $178.6 million. Adjusted property EBITDA in Las Vegas also increased 5.3% from $435.6 million in 2013 to $458.8 million in the third quarter of 2014.

Non-gaming revenues in Wynn’s Las Vegas business also increased, led by a 7.2% improvement in room revenues from $95.7 million to $102.5 million, a 5.8% improvement in food and beverage revenues and a 1.8% uptick in entertainment, retail and other revenues.