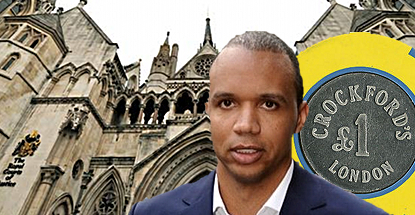 Poker pro Phil Ivey has lost his bid to force London’s Crockfords casino to pay him the £7.8m he won using a controversial technique known as edge-sorting. Ivey had sued the Genting-owned UK casino in May 2013 after it refunded his original £1m stake but claimed Ivey’s edge-sorting meant his winnings had been illegally obtained and thus wouldn’t be paid.

Edge-sorting occurs when a player identifies tiny flaws in the cutting process at the card manufacturer, which create asymmetrical patterns in the design on the back of the cards. Ivey has admitted that he and his female companion Cheung Yin Sun used the technique at Crockfords’ baccarat tables during a two-day session in August 2012, but denied that the practice is illegal.

On Wednesday, the UK High Court sided with the casino, declaring Ivey’s edge-sorting to be a form of cheating. Judge John Mitting described the 38-year-old Ivey as an honest witness, but maintained that Ivey and his companion had unlawfully influenced a Crockfords croupier into manipulating the cards to Ivey’s advantage.

Ivey and Cheung had used the edge-sorting technique to identify cards of high-value in the punto banco form of baccarat Ivey was playing. They requested these high-value cards be reoriented before being loaded back into the dealer’s shoe so that the design on the backs of the cards could be more easily identified when they came around again.

Ivey’s attorney had argued that it was always up to Crockfords to refuse Ivey’s requests but that the casino had complied in a bid to keep Ivey happy and gambling (and hopefully losing) at their casino rather than somewhere else. The casino argued that Ivey’s reputation for edge-sorting had yet to be established and thus Crockfords had no reason to mistrust ivey’s motives.

On Tuesday, 60 Minutes Sports aired a segment in which Ivey said he viewed casinos “as my opponent. It’s my job to try to exploit weaknesses in the house and try to give myself the best opportunity to win.”

On Wednesday, Mitting ruled that Ivey had used the croupier “as his innocent agent or tool,’ and had the dealer known she was being manipulated thusly, “would have immediately stopped play.” Ivey was “not simply taking advantage of error on [the dealer’s] part or an anomaly practiced by the casino for which [Ivey] was not responsible.” While Ivey may not have believed he was crossing any legal lines, Mitting said “this is in my view cheating for the purpose of civil law.” Mitting rejected Ivey’s request for an appeal of Wednesday’s ruling, although Ivey’s attorneys can still file their application directly with the court of appeal.

Crockfords subsequently issued a statement saying the ruling “vindicates the steps we have taken” to maintain the casino’s “exemplary reputation for fair, honest and professional conduct.” Ivey’s statement said it was “not in my nature to cheat’ and that he and Cheung had observed “the simple doctrine: how do I find a legal way to beat the house?” Ivey said he and his companion had done “nothing more than exploit Crockfords’ failures. Clearly the judge did not agree.”

Ivey’s companion also features in his ongoing legal tussle over edge-sorting at Atlantic City’s Borgata Hotel Casino and Spa. In that case, the casino is attempting to force Ivey to repay the $9.6m he won around the same time as his Crockfords spree. Cheung is also embroiled in separate litigation at Connecticut’s Foxwoods Resort Casino over edge-sorting in which Ivey is not involved.