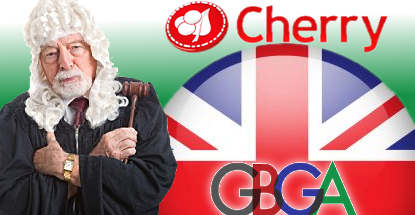 Swedish online betting operator Cherry AB has become the latest firm to pull its UK-facing operations ahead of the imposition of England’s new licensing regime. On Tuesday, Cherry CEO Emil Sunvisson told eGaming Review that the company planned to scuttle its UK business before the dreaded 15% point-of-consumption tax (POCT) kicked in on Dec. 1. Sunvisson said the UK represented “only a small fraction” of Cherry’s business and therefore the company had no plans to file an application for a new UK Gambling Commission (UKGC) license.

The UKGC deadline for license applications expires at midnight on Tuesday, and the UK’s new licensing regime will officially kick in Oct. 1. Following that date, any online gambling operator taking wagers from or promoting their wares to UK punters must hold a UKGC-issued license. That is, assuming the UK prevails in its court fight with the Gibraltar Betting and Gaming Association (GBGA), which has asked the UK High Court to overturn the new gambling regime and thus preserve Gibraltar’s desirability as an online gambling regulatory jurisdiction in its own right.

The High Court has now confirmed that it will conduct a hearing into the GBGA’s challenge next week. The Court has blocked off Sept. 23 and 24 in which to consider the GBGA’s insistence that the UK’s Gambling (Licensing and Advertising) Act 2014 violates Article 56 of the Treaty of the Functioning of the European Union (TFEU), which bars EU member states from restricting trade except when such restrictions are intended to protect consumers. The GBGA maintains that the UK’s real reason behind its new licensing regime is raising additional taxes (especially considering the UK appears set to lose all that Scottish oil money).

Meanwhile, the UKGC has taken steps to demonstrate it’s not entirely evil by offering software providers a two-month extension on submitting their own paperwork. The UKGC had set a Jan 31, 2015 deadline for companies providing software for UK-facing online gambling sites to present their prostates, er, applications for examination. The UKGC now says software companies can have until March 31 to file their homework.