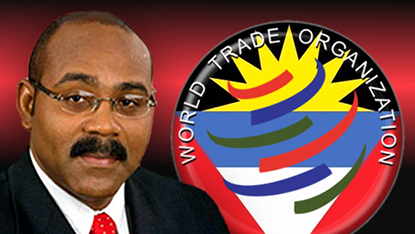 Antigua’s new government has fired attorney Mark Mendel and made a dramatic new offer to resolve its longstanding online gambling trade dispute with the United States. Late last month, Antigua’s trade representative told the World Trade Organization (WTO) Dispute Settlement Body that the Caribbean nation had made a “significant concession” in a bid to bring closure to the trade dispute, which has dragged on for over a decade. Antigua has since revealed that the country has reduced the amount of compensation it is seeking from the US by half.

For those who may have recently awoken from comas, Antigua filed a complaint with the WTO in 2003, arguing that US efforts to block Antigua’s online gambling industry from accessing US customers while simultaneously permitting US horseracing operators to accept online wagers was a violation of US trade obligations. The WTO sided with Antigua and has continued to take Antigua’s side throughout numerous US appeals. In 2006, the WTO ordered the US to pay Antigua an annual $21m until the dispute was resolved. The US has to date paid Antigua nothing, creating a total outstanding sum approaching $200m.

On Monday, Antigua’s Prime Minister Gaston Browne (pictured) conducted his first press conference since his Labor government triumphed in the June elections. In addition to highlighting his administration’s efforts to woo international investment, Browne revealed that Antigua had “reduced the amount of the claim” it was seeking from the US. Brown said Antigua was “now asking for $100m” in a combination of cash and in-kind support.

Browne added that this $100m figure was “negotiable, of course. [The US] know we have to start somewhere.” Browne couldn’t resist a small dig at the US’ ballooning fiscal deficit, noting that the US “have their own difficulties, as well.”

MENDEL OUT, SANITY IN
Browne said “there was no way” that Antigua’s previous administration “would have gotten a settlement” from the US, which Browne said viewed the United Progressive Party’s proposals as “outlandish” and “outrageous.” Browne also criticized the UPP for striking a deal with some of Antigua’s online gambling companies that would have benefited these companies far more than the nation itself.

Browne said Antigua-based online gambling companies had incurred “between $10m and $15m” in legal fees via the WTO fight, which would “come off the top” of any settlement Antigua reached with the US. The companies would also claim 75% of whatever sum was remaining. Browne saw little value in continuing this arrangement, which led to Mendel being told that his services were no longer required and that Antigua will handle future negotiations “on a bilateral basis.”

Browne made it “abundantly clear” that Mendel had never officially represented the government and Mendel can go on representing the gaming companies in this dispute, “but not our government.” As far as Browne was concerned, whatever liabilities the previous administration had incurred in dealing with Mendel had been “capped” at their present level. If the gaming companies Mendel represents “choose to spend another $20m, that’s their problem.”

Mendel’s exit from the scene frees the government from its remaining ties to Antigua’s most notorious online gambling operator. Mendel had historic links with Jay Cohen, the convicted felon whose World Sports Exchange (WSEX) site shut down last April, stiffing customers after years of slow-pay/no-pay shenanigans. Having now shed this legacy of the previous administration, Browne has given his negotiators fresh latitude in bringing about a resolution of this interminable trade snafu.

BROWNE SAYS LOOKING WEAK IS BEING STRONG
Browne said his administration had reached out to the US Trade Representative to convince them of Antigua’s willingness to “amicably” conclude the dispute. Browne said he’d offered a number of “very creative” and “palatable” options for the US to consider in meeting Antigua’s $100m offer. Browne asked the US to support and fund a variety of programs, including increased capacity for Antigua’s defense force, the establishment of a US satellite visa office and additional scholarships for the American University of Antigua (AUA) to help build Antigua’s next generation of leaders.

Bottom line, Browne said Antiguans and Barbudans “need options and that is our primary focus.” Browne made it clear that he wasn’t concerned if his administration was viewed as being “weak” in attempting to resolve this dispute. Browne said one had to look at “the reality of the situation” to get “the best result for the people of Antigua and Barbuda.”