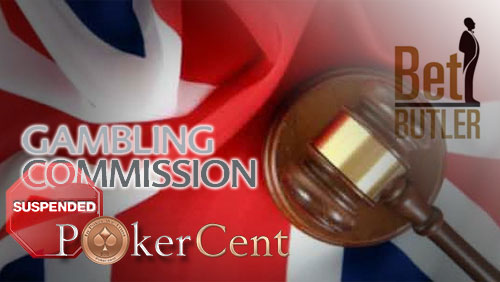 The UK Gambling Commission (UKGC) has slammed the hammer on Silverline Interactiv Technologies PLC., the operator of online poker room PokerCent, after suspending its gaming license over suspicions of poor customer service and an inability to withdraw player funds.

In its statement, the UKGC said that it decided to suspend the license pending a review of the company’s business practices in light of a complaint from a player who allegedly suffered through cash out delays and received little to no help from PokerCent’s customer service.

“The Commission has decided to commence a review because we are concerned the licensee is operating in a manner which is not consistent with the licensing objectives in regard to ensuring that gambling is conducted in a fair and open manner,” the UKGC said in a statement.

The Commission added that the suspension would be an interim measure pending the results of its review.

PokerCent launched its services this year and operates as an independent online poker room that caters to various European markets, including the UK, Poland and the Czech Republic.

Meanwhile, another online betting site that received a similar reaction from the UKGC is apparently close to being sold. Online sports betting broker BetButler has ceased its own betting services pending negotiations of a potential sale.

A quick visit to its website shows a statement by the company saying that the site is “currently unavailable” followed by a statement from BetButler officials, “The Board of BetButler Limited has been approached by a third regulated gaming business to acquire the customer database, including all balances and pending withdrawal requests. This process will take some days to complete.”

“A further announcement will follow in due course,” the statement added.

The new development comes a few months after BetButler drew the ire of the UK Gambling Commission over similar issues as PokerCent such as poor customer support, payment withdrawal and concerns over financial status.