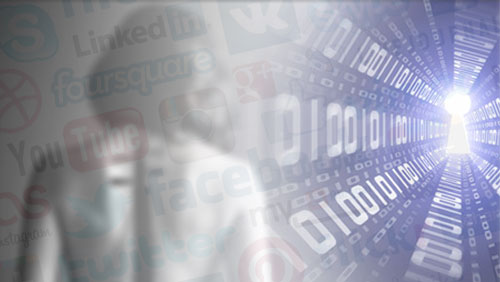 There’s a strange dichotomy at play in American culture right now. People are simultaneously more demanding of their right to privacy and less respecting of others’ rights to that same privacy, and more prone to using privacy-degrading applications and services than ever before, often without understanding the full privacy implications of those apps and services. There’s an excellent case in point with this weekend’s celebrity nude photo hacking scandal.

In case you’ve somehow managed to avoid noticing online trends the last two days, somebody released a few hundred nude photos of Jennifer Lawrence, Kate Upton, Rihanna, and other mostly female celebrities to the 4chan message board. The hack was apparently carried out by a group of dedicated hackers who spent months on their project. Some of the photos couldn’t be confirmed as real, but others were, including those of Lawrence, whose spokesperson blasted the leak as a “flagrant violation of privacy.” It wasn’t long before the photos were being spread all over social media and other websites, clogging up hundreds of millions of feeds. And not long after that the news media were busy creating click-bait headlines to mislead as many photo-seeking eyeballs as possible to their rehashed wire reports with the same old details, creating another cycle of social media sharing.

Within a day the FBI had announced that it was “addressing” the situation, hopefully in a more productive manner than the thousands of Twitter users publicly addressing how excited they were about the leak. There’s a hint of hypocrisy in the swift government response, particularly given how slow the government has been to react to so many genuine problems that are politically much stickier. The FBI’s acknowledgment of its investigation noted the “unlawful release of material involving high profile individuals,” suggesting that the celebrity nature of the photo subjects is of importance, much like it was when an email hacker leaked private images of Scarlett Johansson, Christina Aguilera, and Mila Kunis several years ago. (He received 10 years in prison for his actions.) Meanwhile the NSA routinely scoops up with impunity all the nude selfies (and all the other unencrypted traffic) of low-profile individuals, claiming the right to hold on to it all indefinitely (and to write off any of its employees dabbling in photo inspection as LOVEINT).

There’s also something a bit fishy about anybody expecting absolute privacy when storing personal documents of any sort in the cloud. The leaked photos were supposedly hacked from the celebrities’ personal accounts with Apple’s iCloud service. Though that hasn’t been confirmed at this point, if true, this means the subjects of the photos were most likely taking the pictures with their iPhones, which subsequently backed up the photos to the cloud. Once uploaded to the Apple servers, the photos could remain even after the originals were deleted from the devices that created them in the first place. Some of the photos were potentially also taken from other cloud services like Google Drive and Dropbox, either through hacking or social engineering. While nobody deserves to have photos of themselves disseminated without their consent, anyone who’s concerned about any kind of sensitive document seeing the light of day probably shouldn’t be using the cloud for anything at all. Perhaps nude selfies are the sort of photos best taken with a camera that isn’t built into an internet-connected telephone programmed to automatically save every piece of data it ever generates, and best shared in a more secure manner than handing them over to a third party in blind trust.

But more than anything else, it’s ironic to see the same American public and media outlets that regularly gets up in arms over every privacy violation, real or perceived, so gleefully celebrating the release of pictures of a few famous women without their clothes on. It doesn’t take more than a cursory search on Twitter to find users praising the hackers who revealed the private photos as “heroes” or “The real MVPs,” or calling the day the photos were leaked the “best day ever.” And yet we’re still a country full of people who get upset about Facebook changing its privacy settings, whose collective blood pressure rises over the possibility of being watched from above by drones, and who shrug our shoulders at 24/7 government surveillance as long as we’re promised that it’ll keep us safe.

The government will probably eventually catch the perpetrators of the hack, put them behind bars, and claim victory. Americans will sleep a little more soundly despite recycling their passwords, continue using the cloud without understanding how it works, and wait for the next batch of nude celebrity photos to hit the net.

Ganapati appears to be falling apart
Derek Tonin
46 mins Ago