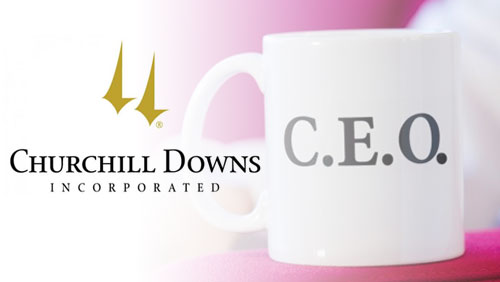 William C. Carstanjen is the new chief executive officer of Churchill Downs Inc. The decision was made by the CDI’s board of directors, elevating Carstanjen’s position within the company from president and chief operating officer, a position he’s held since March 2011.

Carstanjen becomes the 12th CEO of Churchill Downs, succeeding Robert L. Evans who has held the position since 2006.

“I am deeply honored to have the opportunity to lead Churchill Downs,” Carstanjen said in a statement. “Over the last several years we have transformed Churchill Downs into a diversified growth company while continuing to strengthen and invest in our traditional horse racing business. Today, CDI is better positioned strategically and operationally, and is stronger financially and organizationally, than perhaps at any time in its 140-year history. I’m excited about our terrific team and the future of our racing, gaming and online businesses and new businesses we may yet enter.”

Carstanjen has been with Churchill Downs since 2005, having served various roles in the company, including general counsel, chief development officers and chief operating officer before being given the dual “president and COO” title. His imprint in the company’s diversification can be seen through the acquisitions of Youbet.com, AmericaTab, and Bloodstock Research Information Systems. He’s also responsible for setting up TwinSpires.com and has overseen the growth of the Kentucky Oaks and Kentucky Derby horse racing events.

Churchill Downs also named William E. Mudd to take Carstanjen’s place as company president while retaining his Chief Finance Officer title. Mudd will be in charge of all finance activities, corporate-level communications and investor relations, as well as operations at the company’s race tracks and gaming properties with the exception of Churchill Downs Racetrack.

“Having worked in finance for most of my career, I appreciate this opportunity to expand my experience in the operations area,” said Mudd. “The vast majority of our employees are at our tracks and casinos and I look forward to working with them to continue CDI’s success.”

Despite leaving his post as CEO, Evans will continue his role as chairman of the board of the directors of the company. He will continue to be heavily involved in the operations of the company. “CDI’s future is exciting and I look forward to continuing to work with these outstanding leaders,” the former CEO said.

“In Bill Carstanjen and Bill Mudd we have two proven senior executives who are well known by our major shareholders and who can continue to profitably grow the Company and deliver exceptional returns to our shareholders.”