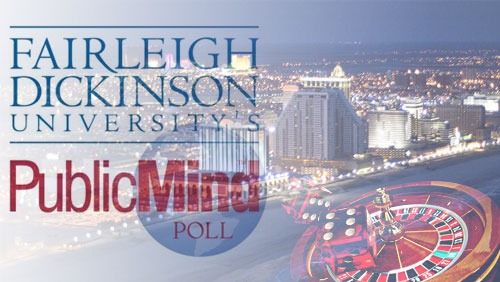 Fairleigh Dickinson University’s PublicMind released the result of a new poll regarding public interest in opening casinos outside Atlantic City.

Of those polled, 18–34 year olds showed more support in the move with 52 percent favoring a casino expansion and only 38 percent opposing it. As the age of the respondents went up, the support dropped to 41 percent for respondents between 35 to 59 and 36 percent for those past 60 years old.

When it comes to gender, men displayed more openness to open casinos outside Atlantic City than women did with 48 percent of men favored such a move compared to just 36 percent of women.

“New Jersey has a couple of reasons to be skeptical about opening new casinos outside of Atlantic City,” Dan Cassino, a professor of political science at Fairleigh Dickinson and an analyst for the poll, told the college’s website. “Increased competition is only going to hurt Atlantic City more, and casinos just aren’t the revenue source for the state that they were ten or fifteen years ago.”

The PublicMind poll also asked respondents their thoughts about seeing casinos in two locations in the state, often brought up in discussions, the Meadowlands in East Rutherford and Monmouth Park in Oceanport.

More respondents favored a casino in Meadowlands, with 47 percent, as opposed to Monmouth Park with just 43 percent. Neither of the sites had the kind of eyebrow-raising support that could persuade lawmakers from pushing a move to support casinos in both locations.

Senator Raymond Lesniak told the Associated Press that more residents would probably support a casino outside Atlantic City if they knew about the economic and job-creating ramifications a development would create. “We can’t turn away from the fact that so much money is leaving New Jersey and so much opportunity is going to be lost,” the senator said.

The poll, which randomly selected 819 adults last July, isn’t expected to be a strong basis for legislators on both sides to cling to when discussions about a potential casino expansion begins.