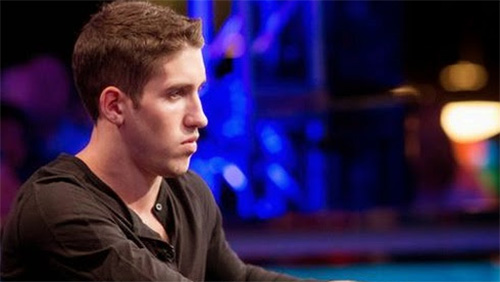 Lee Davy airs his view on Dan Colman’s decision to shun the media, after winning the BIG ONE for ONE DROP, and his subsequent explanation on 2+2.

So Dan Colman wins $15 million in the second biggest poker tournament in the history of the game and walks off stage without as much as a whimper.

So what do I think about that?

I don’t care that he walked away from his perceived obligation to do an interview. Do you ever watch them? When was the last time you heard a player say anything more than, “It’s difficult to describe how I feel right now,” and the all-time classic, “I just got lucky?”

They are often pointless.

The purpose should be to extract the purest of emotions, but instead the purpose just seems to be automation. It’s something that we, in poker media, just tick off the list. So I can forgive him for not wanting to continue the status quo.

Do I care that he didn’t allow a dozen camera lenses to flash into his face whilst he pretended to look happy?

There has been a lot of pressure on the poker community in recent years. I have written extensively on the rise of attacks on poker players, and there are a lot of reasons why you wouldn’t want your mug associated with a  $15 million win—that you didn’t even win. I know that by entering the event you are putting yourself in the spotlight, but you can still take a side step should the heat become too much.

So I am not crying over spilled milk; when it comes to interviews and photographs and anyway there is a bigger point to poke.

As a poker writer, it does bother me when players refuse an interview, but that’s just because of my ego, and that’s a problem I need to deal with and not the player who refuses the interview request. As long as they respectably decline the request then I am cool with that.

So he doesn’t have an obligation to smile, talk and be snapped; but he should suck it in, swallow his pride and just get it done when he wins one of the games top prizes.

Phil Ivey hardly ever gives an interview, and when he does it’s like watching paint dry. Do we give him a hard time? No, because when he wins a bracelet he sits there, smiles, answers the questions thrust at him and then goes back into his shell.

A lot of the blame for this has to lie at the feet of ESPN and the WSOP. Why didn’t they introduce a mandatory ruling into the player’s contracts that required them to hold interviews and take photos with certain organizations?

I can tell you one thing for certain. If this event ever runs again, and I am not sure that it will, this fiasco will not be repeated.

I have read so many people’s views on what happened, both on blogs, 2+2, Facebook and Twitter, and I think Philipp Gruissem, Igor Kurganov and Adriano Mannino’s musings over the incident relate closely to my own thoughts on the matter.

I think it’s important to remember that Dan Colman posted an extensive list of reasons behind his decision to remain mute on 2+2. That’s not the actions of a man who is trying to run away from anything. If he is guilty of anything, then it’s a lack of preparation.

At some point during this game, Colman must have considered that he could end up in the mix. He knows that interviews and photographs are part of the deal and so it would have been better for him to prepare a short statement in advance. All the silence did was to allow other people to fill it with their own opinions. God knows what ESPN will do with it when they edit the show.

Upon saying that, once you read Colman’s views on 2+2 you can understand why he chose to take the action that he did. How do you comprehensively get your point across in such a short time, and is that what the poker industry really needs?

Sheldon Adelson, and the Coalition to Stop Internet Gambling (CSIG), are doing everything in their power to fight against the legalization of iGaming in the US, and one of their arguments is the damage it can do to the weak and vulnerable.

Now imagine if one of the world’s best professional online poker players was to express his opinion of how damaging poker can be for the weak and vulnerable? Colman’s 2+2 statement was like handing them a gift-wrapped missile.

But imagine how damaging it could have been had he decided to drop his guts onto the floor at the same time they shoved a microphone into his face and asked him how he felt?

We have just handed them a nuclear warhead!

Colman is clearly going through a huge period of change in his life, and he is struggling to get to grips with it. He is just 24 years of age and his ambivalence will remain strong for many years to come. He is clearly in a state of conflict and if you have been in a similar position then you should be able to empathize with that.

I am a gambling addict.

This year when I came to the World Series of Poker (WSOP) I didn’t have much money to play poker with but that didn’t stop me from playing. I made a promise to my wife that I would not spend more than $300 per session. That meant I was just firing one bullet per session.

I lost every day, for a few days, and then one day I lost $600. I had lied to my wife. When I told her what I had done I felt like I betrayed her. A few years ago I would have walked to the ATM withdrawn $600 and placed it on Black. Gambling addiction has created immense difficulties in my life. It’s something that’s on my mind every day.

At this point it’s important to say that poker is not the problem, it’s the people. I never blame poker, sports books or casinos for my problems – I make those choices. It’s all me.

I don’t want anyone to take away my right to play. So it’s not poker that needs to change but the people who have a problem with it. People like me. But it’s not that easy. I know because in my day job I help people quit drinking alcohol for a living.

Colman is just starting to consider that poker is not really the life for him. His beliefs and values are changing and I think the ONE-DROP just caught him in the middle of that change.

It’s not that easy to walk out on something that has become your bread and butter. I worked in the rail industry for nearly 20 years and towards the end of it the management team (of which I was a big part of) started to destroy so many people’s lives.

It started to bother me a lot. The things I was doing went against my values and beliefs about how people should be treated. In the end I quit, but I can assure you it was THE most difficult decision of my life, and it took me months of turmoil before I could leave.

I know that Colman is in a different position from a financial perspective. He has enough money to just walk away, but I don’t think his conflict will be about walking away; it will be about how best to use what he does for a living (beating people at poker) to make a difference in the world.

Talal Shakerchi is a personal friend of mine. He played in the ONE DROP and when I asked him what he would do with the money should he win, he told me that he would probably give it all to charity.

Now whilst that’s a bad thing for poker (the money leaves the industry), it’s a good thing for humanity. So why does Shakerchi play? He enjoys the game and relishes the competition. He is also fortune enough to have the wealth to sit down in a game with the world’s best players. It’s the ultimate challenge for him, and when he wins he can help out charitable causes.

The values of Shakerchi have made an imprint on the likes of Philipp Gruissem, Igor Kurganov, Liv Boeree and Adriano Mannino who together have started the REG charity for poker players, and they have some very insightful things to say about how Colman can unravel his inner conflict.

The most interesting point surrounds his concern that he capitalizes from a game that targets people’s weaknesses. They surmise that by continuing to play poker, but using his winnings to help save the lives of people, then he is doing more good for humanity, that choosing the quit the game for the sake of gambling addicts like me.

I may have a gambling problem but it isn’t affecting my life like a tapeworm can in a child’s gut in a poor African town. Colman should come to the terms that it’s a good thing to cause me pain in order to save that child.

And let’s not forget that poker is a fun game.

It brings people together like no other game or sport that I have ever been involved in, and yet it does also create some harm. For years I played in a local home game and, a few exceptions apart, the losses that came out of the game affected a lot of families. My guess is they still do.

It’s all about the people.

And right now, Dan Colman is feeling a little bit ambivalent towards those people.

I say give the kid some time.

He’s just a talented poker player who doesn’t know what to do right now.

Give him a break.

Can you imagine what it must feel like to reach the pinnacle of your chosen occupation and then feel nothing?