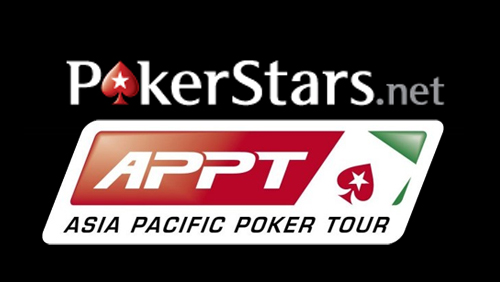 Event sanctioned by Beijing Municipal Bureau of Sports, will form part of APPT

BEIJING, CHINA – June 11, 2014 – PokerStars.NET will sponsor the 2014 Beijing Millions from July 18-27, and the event will form part of the Asia Pacific Poker Tour (APPT). This represents the first event in mainland China to be held as part of the APPT.

As part of this sponsorship, PokerStars will provide a tournament director and staff training, ensuring that this landmark event delivers an outstanding experience for players from China and beyond.
This event has been sanctioned by the Beijing Municipal Bureau of Sports and will be held at the Beijing Star Poker Club in the Chao Yang District, a very desirable location in central Beijing City. It will feature a guaranteed minimum prize pool of one million Chinese Yuan).

“The Organizer – Beijing AoBoTe Sports Culture-Transmitting Company Limited (AoBoTe) is committed to establishing poker as a mind sport in Greater China”, said AoBoTe principal and reigning Asia Player of the Year (APOY), Jian Yang. “The Beijing Millions is the first of many poker sporting events we plan to run in Beijing and partnering with the APPT will ensure the event is held to the highest standard that we are seeking.”

APPT President Danny McDonagh said, “Poker in China is become more and more popular in recent years. I am so excited that the Beijing Millions will become part of the APPT. International Players will not only be fascinated by the history of this great city and all the attractions it has to offer, but will also enjoy an event held at a very professionally run club headed by APOY champion Jian Yang.”

Team PokerStars Pros Celina Lin, Raymond Wu, and Bryan Huang will be some of the many elite players attending the event from throughout Asia and beyond and will also take part in a special Poker Challenge including representatives from Taiwan, Hong Kong, Macau and China.

About PokerStars.NET
PokerStars operates the world’s most popular online poker sites, serving a global poker community of more than 63 million registered members. Since it launched in 2001, PokerStars has become the first choice of the world’s top players, with more daily tournaments than anywhere else and with the best security online.

PokerStars is a member of The Rational Group, which operates gaming-related businesses and brands, including PokerStars, Full Tilt Poker and the European Poker Tour. Rational Group entities in the UK and Isle of Man were collectively recognized as one of the UK’s best workplaces when they were awarded a top 25 position by the Great Place to Work Institute in its UK’s Best Workplaces – Large category in both 2012 and 2013.