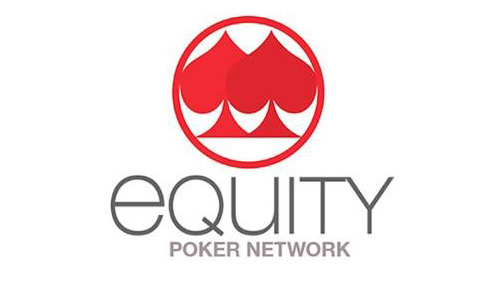 Equity Poker Network (EPN) respond to recent allegations by the PokerHost skin that they have been the decision making power behind the cancellation of several ‘winning’ players accounts.

Have the EPN taken the recreational player poker model a step too far by effectively banning winning players from their skins?

Many online poker sites have since copied this approach, but has the latest network gone a step too far?

This was the obvious question that leapt out of the article I wrote yesterday in response to Poker Host’s allegations that the EPN were behind the cancellations of a series of accounts that belonged to players the network thought were too ‘aggressive’ for their player fields.

I reached out to the EPN to ask them for their opinion and winning poker players, who like playing on the EPN, are not going to like the answers.

Firstly, the EPN spokesperson I communicated with was very clear that they are a ‘recreational network.’ The former non-profit organization charges its operators a fixed fee and therefore has no involvement in the details of individual players.

They believe that they have been very transparent from the very outset that they are not ‘the universal panacea for all poker players and operators who wish to offer poker, but it is intended to appeal to a large subset of the poker community.’

The controversial ‘Shark Tax’ was created as a ‘key balancing rule’ to help prevent wildly off-kilter cross cage payments causing animosity between operators, and to also act as an incentive to operators NOT to bring an unhealthy number of ‘high winning low raking’ players to the network.

The operators are kept in line by receiving fines on a ‘sliding scale based on the cross cage they win as a percentage of the rake they generate. This fine is redistributed by the EPN to the operators that lost on a prorated basis.’

This way of behaving ensures that the EPN does not receive this rake as income and instead redistributes it to ensure all operators are as balanced as possible, in the aim to safeguard the longevity of its operators, as those that bring the fish are not penalized, and can offer poker to their customers without it being a large cost to them.

So that’s the value for the operator – so what about the player?

The ‘Shark Tax’ is the EPN’s way of offering a much more balanced environment to their poker players, ‘without players losing all the time’, and they are very clear that their rules are not directed at individual players, but instead at the operators who choose the EPN as their network of choice.

They take a more overseeing approach and will work with operators and advise them how best to balance the network if they feel it’s needed, and they admit that this can lead to the removal of specific players, but did not admit to this being the case with the Poker Host account cancellations mentioned on 2+2.

The view was that it was ‘unfortunate’ that the Network wasn’t able to welcome certain types of players, but it was stressed that as the community grows perhaps this could change.

The EPN also stated that removing players was not the only mechanism available to help balance the network, with incentive planning and marketing efforts also options that they can and will explore.

They were very keen to reiterate that the EPN does not make any money through these policies, ‘other than by ensuring a healthy balanced network, where the operators remain viable, and the network continues to grow.’

I guess the million-dollar question is this.

Can a poker model grow with a policy of removing winning players from its site?

According to the EPN the situation is very simple.

‘Some players are simply too good for the Network at this time.”