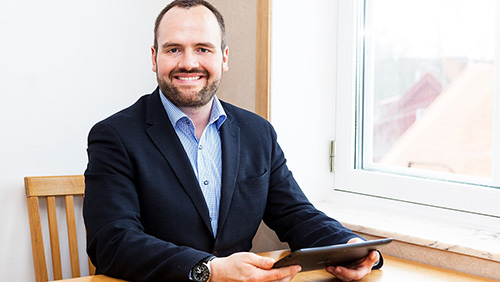 Barcelona, 24 April 2014. Akamon Entertaiment,the leading social casino company in Southern Europe and Latin America, has announced two major additions to its product organization.  Firstly, it has appointed Alex Cohen as new Chief Product Officer with full responsibility over its game portfolio (casino, bingo and traditional), as well as all platforms (mobile, Facebook and portal).  And secondly, the company has recently added a third studio based in Israel in addition to its offices in Barcelona and Valencia.

Cohen will report directly to Akamon CEO Vicenç Martí and will be responsible for optimizing Akamon´s portfolio of 40 games as well as new game development, with a clear focus on mobile platforms.  Cohen, who comes to Akamon from Quickspin as Head of Game Design,isan industry veteran with an experience of 10 years, including six years at IGT, and said, “Joining Akamon, with its unparalleled geographical footprint in Latin America and already large customer base, is an exciting new challenge given the tremendous growth in these markets.” As Chief Product Officer at Akamon, his mission will beto lead a team,“that offers world-class games to the loyal user base Akamon has created,” adds Cohen.

In addition to Cohen´s appointment, the Company has also announced that it has added a third studio, to complement its offices in Barcelona and Valencia.  Akamon Israel, a new studio of 10 game designers and developers has opened in Tel Aviv, Israel.  Akamon has agreed to buy a 25% stake in a studio previously called Xpinator, which had already developed games for Akamon, including its multi-platform Akamon Slots. Akamon has secured a series of options to acquire 100% of the studio.

Akamon Israel will be headed by Akamon´s Israel Head of Studio ZvikaAlon, another industry veteran and former CTO and Head of Product at 888.com.  ZvikaAlonstates that they are “proud to be joining the Akamon family” in which they “ already felt a part of” with the publishing arrangement they had for all 2013.  Now, as a fully-fledged Akamon studio, they “will continue with the development of fun, competitive social slots games to be enjoyed by all Akamon users”, adds Alon. ZvikaAlon will report directly to Alex Cohen, who adds, “it is an honor to start working with Zvika, who heads a small but dynamic team of game designers and engineers at Akamon Israel, and together we will aim to deliver a top-tier social slot experience to the Akamon user base”.

Completing the product re-organization, the teams at the other two remaining Akamon studios, one in Barcelona (headquarters with a focus on social casino games) and another in Valencia (which will be focused on portal games), will also report to Alex Cohen.  Reflecting on all this news, Akamon CEO VicençMartí states that in three years as CEO atAkamon, “these are the most profound changes” implemented at the company.  In addition, he is proud“of having had the fortune to bring to people of the caliber of Alex Cohen and ZvikaAlon into the Akamon family” and he is positive the quality of Akamon’s products “will reflect the phenomenal addition of talent Alex and Zvika´s leadership will bring”. The company has been working on this combo deal for over six month but, “it has been worth it and today is an excellent day”, addsMartí.

Akamon Entertainment is an online social gaming company specialising in traditional and casino games, operating in Southern Europe and Latin America via local portals, those of partners that are leaders in the online field, Facebook, and mobile devices. The company, which has its own development team and offices in Barcelona,Valencia and Tel Avivhas been internationally recognised as one of the 7 fastest growing Tech companies in Europe by The Next Web at Tech5 ranking 2014 and has been also identified by the gaming industry as one of the best emerging gaming companies with the prize “Who’s Got Game” in Games Beat 2012 and the “Rising Star” prize at EGR operators awards in November 2012 where it was also awarded “Social Bingo Product of the Year”.

Akamon’s extensive portfolio consists of 40 casino and local traditional games, such as Tute, Tarot, Roulette,Buraco, Parcheesi, Bingo, Poker and Dominoes. All the games incorporate social features and give players the opportunity to be a part of a global gaming community of more than 20 million registered users, whereby they are online together and share their gaming experience, whether it be via Akamon’s international portals, those of its partners, Facebook or mobile devices.