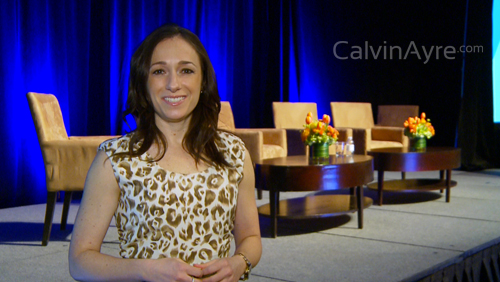 The fourth annual iGaming North America was a success, with three days of sessions, networking, meetings and of course partying in Las Vegas.

This year was the first year in the conference’s history that actual US regulated online gambling sites were up and running, so the ability to examine the current status of the industry and where its going provided a lot of value to the delegates.

Sue Schneider, one of the iGaming North America organizers, is looking forward to what next year’s event will bring, especially seeing as its likely additional American states will have jumped on board and even more progress will have been made within the states that are regulated within the US today.

There’s no doubt that day three was much quieter than the other days of this event, but the fact that its the last day of a show, its Las Vegas AND its March Madness pretty much explains why.

Regardless of the circumstances, there were a handful of session tracks held today with themes such as policy and regulation, niche markets, new markets and ole faithful virtual currencies.  The attendance was thinner in general, but the sessions were good and there were delegates actually hanging around the conference area after the final sessions came to a close.

The state of New Jersey has been up and running with regulated online gambling since late November 2013 and there has been quite a bit of progress from then until now. Today’s session entitled, “New Jersey: A debrief on the launch” included representatives from Borgata and Golden Nugget, two companies that have launched real money sites in New Jersey.

Its clear that Borgata is the dominant brand at the moment, but Golden Nugget’s VP of Online Gaming Thomas Winter has significant short term plans for his brand in New Jersey and has his eye on other states such as Nevada.

Winter believes New Jersey did the right thing by launching online casino games in addition to online poker. “It’s a good case study in America and hopefully when other states regulate they will embrace all games”, he said.  Winter also pointed out that New Jersey residents are used to playing all sorts of gambling games online offered by international sites that are regulated outside the US, so if New Jersey wants a piece of the pie, their offerings will have to be comparable.

Its no secret that there have been some challenges for iGaming operators in New Jersey (and Nevada as well) when it comes to dealing with geo-location issues and payment processing.  Anna Sainsbury of GeoComply confirmed that her company is working towards a 99% success rate within the next few months, but that she cannot make any promises due to the third party providers her company deals with.

When it comes to payment processing, all panelists agreed that educating players on how they can get their money into the system is key.  If a player tries to deposit by credit card and fails, give them a call and let them know why they are having trouble and provide them with alternatives such as ACH and prepaid cards.

Another challenge within the US regulated industry is how to standardize legislation between the states so we don’t end up with another fragmented Europe.  The good news is that panelist and expert Mario Galea, a consultant for the DGE, said that unlike Europe, the American regulators are building foundations that will lead to sharing of information and eventually interstate compacting.In other words, success.