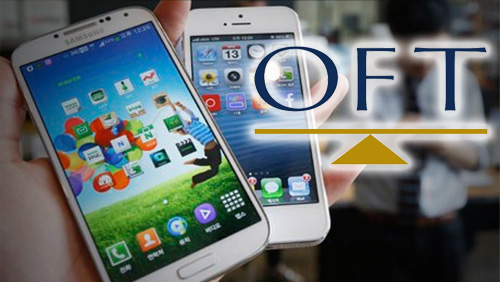 The Office of Fair Trading (OFT) has sent out a firm message to game developers by publishing eight principles for online and app-based games.  The principles are intended to clarify the games industry’s obligations under UK consumer protection law and apply to all online and mobile apps, with certain principles aimed specifically at protecting children and young people.

The games industry is rapidly growing, especially in the online and mobile apps sector. 75% of UK adults currently play online games, which increases to 89% of children in the seven to 15 year age bracket according to a survey by PhonePayPlus. In the UK and across the world, games developers have been benefitting from increased audiences and in some cases this has led to runaway success: a good example of which is Candy Crush app-developer King, which hopes to raise up to $500 million floating on the US stock exchange this year.

The eight principles were developed after a market investigation at the end of 2013 raised concerns that some industry-wide practices could be interpreted as being unfair, misleading and commercially aggressive. The investigation also highlighted that children in particular were being pressured to make in-game purchases. Although the ideas are not new and each principle is arguably already enshrined in law, the OFT’s decision to publish these principles is a timely reminder to the industry of how important compliance is and suggests that the OFT (or the Competition and Markets Authority as it will be after 1 April 2014) will be contemplating enhanced enforcement of these principles throughout 2014.  It also reflects the thinking adopted in the Consumer Rights Bill (particularly the references to prominence of pricing information); albeit that the Bill is not yet law.

The principles can be found can be found annexed to the Children’s Online Games report and consultation and the industry must ensure that it complies with all eight by 1 April 2014.

Gemma Boore is a corporate and commercial solicitor at Bates Wells & Braithwaite London LLP. She developed an interest in the regulation of gaming, betting and gambling while completing her legal training in London and has since followed developments with interest and regularly attends industry events. During her day at BWB, Gemma works on a broad range of corporate and commercial transactions for both public and private companies including mergers & acquisitions, equity capital markets work, corporate finance, venture capital and private equity, company start-ups and group reorganisations. She is also involved in advising on banking & insolvency, partnerships, commercial contracts and terms and conditions of trade for all manner of commercial entities. If you wish to submit your own editorial please contact Bill Beatty.