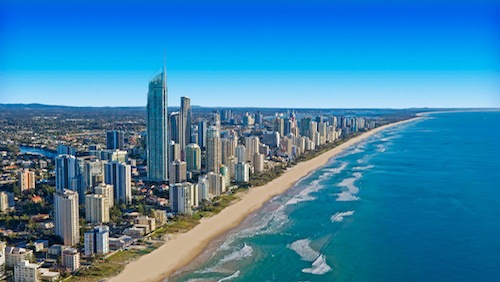 If any casino operator has any eye on putting up a casino on the Gold Coast, Queensland’s premier Campbell Newman is making it perfectly clear as early as now.

No one’s building a casino on public land on the Gold Coast.

That was the edict Newman threw out recently in light of reports that directors and shareholders in the Gold Coast Ocean Terminal Project were thinking of applying for one of the the three casino licenses that are being made available in the state.

The company was toying with the idea of building a casino in the tourist resort at Bilinga, one that would leo include a cruise ship terminal. But Newman isn’t as crazy about that idea as the company, saying that a casino resort in the same vicinity as some of the many surf clubs in the Gold Coast would have a negative impact on the latter’s business dealings.

“We would not be interested in a proposal for a casino on public land on the beach, on any part of the Gold Coast basically – on the sand dunes or something like that,” the premier said, as quoted by Australia’s News ABC.

The premier did throw out one caveat, and that was if anybody had any private land in the area, they can make whatever proposal they want with it. But that doesn’t mean the government will be too inclined to take these proposals seriously.

Further adding doom and gloom to the prospect of a casino being developed on the Gold Coast is the added pressure coming from local civic groups, including the Save Our Southern Beaches Alliance, which echoed Newman’s no-casino-on-public-land stance, saying that the idea isn’t cool, bro.

“We are just totally against that,” Jim Wilson, chairman of the alliance told News ABC. “We believe all public land on the beachfront belongs to all the citizens of Australia.”

“The revised proposal is still a proposal that asks the State Government to give up public park and public beach and public dunes for a private enterprise development,” he said.