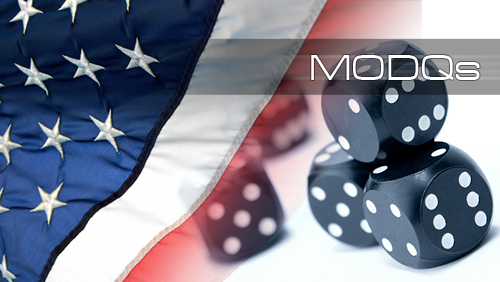 It’s the time of year when predictions about all walks of life are rife. This is also the case in the iGaming industry with second guesses being made about all aspects from tax levels to marketing. But rather than spread myself too thin by looking at all of these exhaustive topics, I thought it might be worth focusing on a specific area that I’ve been doing my very best to keep up with in the last couple of months – the regulated states of America.

This is certainly no mean feat and there are many areas that require those much better schooled in law than me to fully comprehend them. With a constant flow of news from not only iGaming industry sources but also local and political media outlets, it’s pretty hard to keep track of what’s what and separate the confirmed from the could be.

It’s pretty noticeable that the sections including information that we know are considerably smaller than those based on possibilities. Unfortunately, that is symptomatic of a slow moving situation where nothing is really set in stone until it’s signed into law.  With all of that in mind, below is an attempted summary of where we stand and what could be happening this year.

Nevada, New Jersey and Delaware are the only US states to offer regulated online gambling.

That the list above isn’t going to change in the next twelve months. While it might be the case that one or maybe two states get their bills passed, it’s extremely unlikely that they’ll be launching in the next twelve months. With the level of scrutiny that iGaming regulation is under, neither lawmakers or operators want to make any mistakes and certainly won’t rush into anything.

The general consensus seems to be many states are unsurprisingly keeping an eye on those that have already regulated. Should they be successful then this can be used to add more weight to the argument that online gambling should be regulated. Due to the population sizes, New Jersey is likely to be the key here.

States making the most noise about online gambling include Pennsylvania and New York who are both likely to be encourage by success in New Jersey. Other states with significant and well-established casinos such as Mississippi and Louisiana are likely to look towards iGaming if they can ease concerns over cannibalisation. Of course there’s also the considerable matter of what many operators are seeing as the big prize.

In addition to the issues surrounding online gambling regulation that all states are facing, California has the added complexity of factoring in the 107 federally recognised tribal nations in the state.

California is on the road to regulated online gambling. However, it’s already been a long road and progress is pretty slow. It’s hard to overstate the importance of California with its population being around four times that of New Jersey. It’s thought that the Sunshine state is the only state that will offer enough liquidity to poker operators to enable them to profit without the need for interstate compacts.

As well as tribes that will need to be kept sweet, card clubs and the larger corporate casino companies will all be involved in the mix. A compromise that suits all of these is yet to be found but there have been suggestions of offering up three licenses with one for a group of tribes, one for a group of card clubs and one for a corporate company such as Caesars, IGT or bwin.party. Another previous proposal that died but could still factor in a diluted fashion would be to offer an unlimited number of licenses but for each operator to be required to pay a non-refundable $30 million.

Joe Barton has fighting a losing battle for online poker legislation at a Federal level while New Jersey Governor Chris Christie has obviously been instrumental in the regulation of online gambling in the Garden State. Previous ally Barney Frank has retired while Harry Reid has toned down his efforts in this area after becoming disillusioned with its progress leaving the industry in need of more supporters in high places.

In the cold light of day the most important lawmakers to the future of the online gambling industry in the US are those that haven’t been overly outspoken on the subject. In California, State Senator Roderick Wright and State Senator Lou Correa will be on everyone’s lobbying list as they are the security at the door of the party that everyone wants to be at.

On the other side of the country the Senate Republican leadership in Pennsylvania could prove important. A gambling study is being undertaken at the moment with the results due to be published by May with the state’s budget being finalized in July. A positive interpretation of these results by those in positions of power could provide PA with a fast track to regulation.

At the moment, there is no federal legislation. Republican Joe Barton has introduced HR 2666 which he called the Internet Poker Freedom Act of 2013.

Federal legislation will probably happen, eventually. Barton has had trouble moving his bill along due to the perceived controversial nature of it and things aren’t going to get any easier now that Sheldon Adelson has signaled his intent to oppose iGaming legislation of any kind. Although Adelson’s lobbying campaign hasn’t got off to a great start, he’s expected to spend big in order to make his views known.

Adelson’s presence opens up the possibility, however unlikely, that there could be federal legislation that would actually block the efforts of states to regulate online gambling. On a more positive note (of sorts), the federal budget is running as low as those of the states meaning that any potential revenue that could be bought in by iGaming is going to be considered even if it’s for no reason other than to be pragmatic.