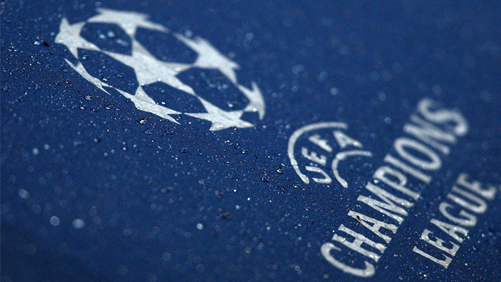 Outside of the World Cup, the UEFA Champions League is without question the most prestigious football  tournament in the world and with the conclusion of last night’s schedule of matches, the final 16 have now been determined.

Of the 16, you have your usual cast of teams that have made trips to the knock-out stages seem like a yearly calendar event. Bayern Munich is back to defend its title and has been listed as the overwhelming favorite at 5/2 odds. The two Spanish giants are also back at it with the Lionel Messi-led Barcelona team at 9/2 to reclaim its title as the world’s most dominant football club. Likewise, Real Madrid, spearheaded by Cristiano Ronaldo, breezed through the group stages on its way to earning 5/1 odds from bookmakers.

Meanwhile, the best bet for an English football club goes to Manchester City at 12/1 odds. The blue side of Manchester showed that it could compete with the best of the best in Europe after beating Bayern at its own backyard two days ago, coming down from an early two-goal deficit to knock off some of that Die Roten mystique that has befuddled opponents since Bayern’s run of dominance last year.

The other finalist from last year’s title game, Borussia Dortmund, barely made it to the round of 16, needing a dramatic late goal from Kevin Grosskreutz to beat Marseille and vault ahead of Arsenal and Napoli on goal difference. Dortmund’s been far from the well-oiled machine that rampaged through to the finals last year, but at 12/1 odds, the Black and Yellows comes as an enticing live long-shot.

Just outside of City and Dortmund, three teams have been clumped together, with all three getting 14/1 odds. Chelsea is the most accomplished of the three while PSG can arguably say that it has the most firepower, but it’s actually been Atletico Madrid that came out of the group stages with the most points, netting 16 of a total 18, higher than everybody else outside of its cross-town neighbors, Real Madrid.

Manchester United and Arsenal aren’t too far behind, either, with both posting 16/1 odds. From there, the line drops to the only Italian club still left in the mix, AC Milan at 40/1. The odds drop even further after that with Bayer Leverkusen at 100/1, followed by Zenit St. Petersburg, Galatasaray, and Schalke 04, all of which are at 150/1, and Olympiakos at 400/1.

All in all, the German Bundesliga and the English Premier League are the most represented clubs with four teams each in the final 16. The Spanish La Liga is next with three, followed by one team apiece for the French Ligue 1, the Italian Serie A, the Russian Premier League, the Turkish Superliga, and the Greek Super League.