32Red Sign Sponsorship Deals With the Paul O’Grady Show and I’m a Celebrity Get Me Out of Here! 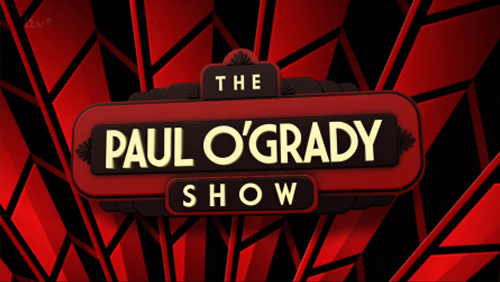 32Red have increased their UK television exposure with sponsorship deal with the Paul O’Grady show and I’m a Celebrity Get me Out of Here!

Barely a month has passed since the online gambling form 32Red signed a 12-month deal with Film4 to sponsor the Late Night Film series, in a reported six-figure deal, and the British online casino company are at it again.

This time 32Red has announced that it’s mobile bingo arm 32Red Bingo will be sponsoring the latest season of the UK hit chat show The Paul O’Grady Show. The show is broadcast every weekday at 17:00 and is popular amongst the same demographic that will have a penchant for a spot of ink blotting and name-calling.

Mark Quayle, Head of Marketing for 32Red said: “We are extremely pleased to be sponsoring the new series of the Paul O’Grady Show on ITV. It’s a fantastic fit for bingo with the demographic of viewers very similar to online bingo players.”

When the companies interim results were unveiled back in September, revenue from 32Red Bingo was down from the previous year, and the bullet points of the reports promised to apply further funds to market the 32Red Bingo product, in the hope to not only grow the Bingo segment, but to also increase users of the 32Red Casino that saw a 17% year-on-year growth.

Paul O’Grady was recently in the news after launching an attack on fellow chat show host Alan Titmarsh when he appeared on Alan Carr’s Chatty Man. O’Grady complained that Titmarsh had copied his ideas, stole his set and was even booking the same guests.

“I am looking forward to dealing with the gardener, put it that way. It won’t be bulbs I am planting, I can assure you,” O’Grady told Carr.

I’m a Celebrity Get Me Out of Here!

O’Grady was rumored to be making an appearance on this years I’m a Celebrity Get Me Out of Here! But confirmation of the 10-names entering the jungle omit the former Lily Savage star.

32Red.com will be entering the jungle after signing a three year partnership with ITV Brand Extensions that will see the I’m a Celebrity brand used as the theme to a new a slot machine.

“We are excited to release the I’m a Celebrity Get me Out of Here! Slot, it’s an entertainment show that everyone knows and we are confident that the association with such a strong brand will prove to be a huge success for us, “ said Quayle.

The game will be developed by 32Red.com partners Microgaming and is available as I type.