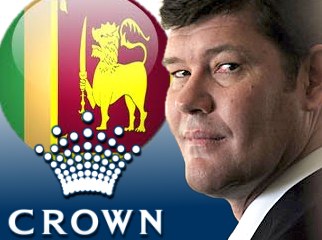 Australian casino mogul James Packer continues to make a push to establish a five-star resort and casino in Sri Lanka. Later this week, the Crown Ltd. chairman is renewing that push in his latest visit to the South Asian country, where he is set to attend the Commonwealth Business Forum from November 12-14 in Colombo.

While his business at the conference is to deliver a keynote speech, Packer will also take the time to hold more discussions with Sri Lankan government officials and potential joint-venture partners on how best to move forward with his plans to build a massive $400-million resort and casino in the country’s capital.

Packer’s proposal is expected to receive support from government leaders, but discussions on the finer points of the deal are still being hammered out, especially in light of calls from Buddhist religious leaders and opposing political parties to make amendments to the current bill. The belief among these parties was that Sri Lanka was essentially giving Packer’s Crown a godfather deal with massive tax concessions that would benefit the Austalian’s company more than it would the country’s economy.

Those sentiments forced the government to acknowledge that modifications to the bill are going to come in some form or another. Among the considerations being made is to grant investment approvals and tax concessions for the project, which is also subject to final agreement between joint-venture parties.

The Sri Lankan government’s decision to open more talks with Crown was heard loud and clear. But even with this small concession to the opposition, the country’s main opposition party is apparently not content with revisions to the current bill. Speaking on behalf of the party, attorney Harsha de Silva said that any plans to introduce casinos to Sri Lankan residents should be built and developed outside of the capital where there’s a less likelihood of supposedly “polluting” its customers.

Either way this whole thing plays out, James Packer is expected to get his casino license soon, possibly even before the end of the year. At that point, the discussion shifts on how Packer can successfully live up to all the ambitious promises he spoke of about this $400-million casino.

For now, though, discussions are expected to continue for the rest of week, and with that, a whole lot discussions and concessions between Packer and the Sri Lankan government are likewise expected.