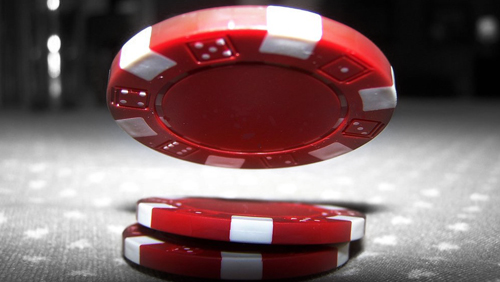 One of the most passed about blog posts of the year has been ‘Failure to Engage’ by Neil Channing; a first person view of the younger players apparent lack of etiquette when it comes to communicating with the games elders and recreational players.

I get the feeling it curried so much favor because it was a subject matter that was close to most people’s heart. A recurring theme that people had seen, but kept their views to themselves until Channing dropped his guts all over the online poker blog floor.

“They looked through me like I didn’t exist. The way they ignored me showed total disdain, but it was also like I was invisible or speaking in Swahili. I was shaken.” Channing said after describing an encounter in a lift with some young American pros that chose to ignore his English pleasantries.

Channing’s role as the invisible man occurred off the table, but he went on to talk about the same type of behavior being present during the game. This is poor etiquette and should be added to a list that includes stalling, misrepresenting your hand, slow rolling, acting out of turn, talking during a hand, over celebrating and generally being an undesirable.

I wondered how bad the problem was? Was the backbone of poker creaking under the weight of the spread, or was Channing’s encounter in the lift, and at the tables this summer just a tale of a few twits? I reached out to some of pokers finest to garner their opinions and this is what they had to say.

Jeff Kimber has been pottering about the live tournament scene for close to 20-years and as seen every form of poker acrimony there is. The recent GUKPT Manchester runner-up has an interesting view when it comes to the interaction between generations.

“I find it really noticeable that the young players who come through, and are respectful of the older guys (by that I don’t mean they think they’re great players, they just respect that they’ve been in the game a long time, know what they’re doing etc.), are the guys that hang around a long time.” Said Kimber before continuing. “When Jake {Cody}, Pez {Matt Perrins} etc. came through, they obviously felt they could beat older guys, but they always dealt with the misgivings of the older generation with class and respect.”

So Kimber believes that the respect the younger players pay to their elders will pay dividends in the long run, and to me that makes perfect sense. I am not advocating an inauthenticity here. Instead, I believe, like Kimber, that there is something about the personality of the likes of Cody and Perrins that provides them with longevity in a very tough environment. Their respect is part of their make up. It was the way they were raised, and these values seem to help you navigate your way through the many minefields that poker lays before you. The disrespectful will eventually lose a leg or two.

Kimber follows the usual line when asked a question about poker etiquette, which is to focus on the way the younger generation abuse the older generation; but are the tables often turned? Do the older guys afford the youngsters the respect that some of them deserve? Once again Kimber offers an opinion.

“I think the older pros used to look at young blood like lambs coming to the slaughter. They’d be welcoming but would think the younger kids wouldn’t have any game. So when I started, I would be talking about the likes of Mickey Wernick, Joe Grech and Willie Tann, but times have changed. These days they’re aware that young players are generally very good, and even bad young players are aggressive enough to make them really hard to play against. So the older guys hold the younger guys in high regard now, and generally think they’re gonna be good players until proven otherwise. This doesn’t mean they won’t still use the same old pro tricks to make them uncomfortable, but that’s all part of the game.” Said Kimber.

I used to play in a recreational dealers choice cash game and some of the older players were always making moves that would fall into the category of bad etiquette, and yet, we would always look upon their grievances with a sort of approving smile. If the tide had turned, and the youngsters were mirroring their older competition, world war would break out.

Sometimes there can be a social acceptance that the behaviors of the young and old are pigeon holed quite differently. This is also true of poker when it’s played in different countries, where one nationality views a move as poor etiquette, whereas another nationality sees nothing wrong with what they have just done.

Former UKIPT winner and BlackBelt Poker Pro, Jamie Burland, concurs: “The French love a slow roll, using one card (usually an Ace), to slowly flip over and reveal the other card (also an Ace), and this is considered the standard way to reveal aces. Yet if I was to do that in the UK I would look like a complete and utter tool. So, for me, as long as it’s done with a mutual love of the game then I’m cool with it. We have to accept that different nationalities are going to behave differently.”

I wondered what countries were getting a bad rap, in particular, over their displays of apparent lack of etiquette. It seems the French pick up a few accolades in this department.

“I would say countries like France, Spain and Italy come to mind when I think of players who are often pretty rude and loud with their celebrations.” Said two-time EPT Main Event runner-up Max Heinzelmann.

“It’s the French and the Russians for me.” Said Burland.

I have to confess during my travels I have found the French and Italians to rock this particular boat more than others, but after a bit of French bashing I decided to give them their own voice. Step forward PMU sponsored pro Emil Petit.

“These days players are more like robots than real people. This makes a lot of them impolite and uninteresting. There is no fun anymore. A few years ago we would have beers at the table in EPT events, but not as much these days. It’s difficult to display poor etiquette if nobody moves or speaks.”

“When it comes to countries that are impolite then I have to say America. There are too many grinders who come to live tournaments believing they are something special for me. “ Said Petit.

The Dusk Till Dawn (DTD) owner Rob Yong has recently introduced Online Club Cash Games at the DTD online poker room. I have written about this matter extensively, but one area I haven’t pressed too hard is Yong’s belief that the online card room needs as much protection against poor etiquette as the live card room gets. Jeff Kimber concurs.

“I think it’s important to acknowledge that some of the better run live casinos have done an excellent job of eradicating poor etiquette. These locations have excellent floor teams and they stamp out angle shooting and episodes of poor etiquette instantly. A decade ago we had a different story. Things were far more intimidating back then, but these days the live casino is a much more welcoming environment because of this hard work.”

Yong’s point about the etiquette online is a great one. Can you seriously imagine somebody telling another player they hope they die of cancer, in a live poker room, and escaping punishment? Yet this type of cyber abuse happens all of the time.

“I think live poker etiquette has stayed fairly consistent without a big change; but online has changed a lot. Players are a lot more self-serving and will take a lot more legal angles to gain any possible edge. Things like trying to rile up a weaker player to get action heads up, using scripts to consistently get the good seat on weaker players, and grimming/buttoning as soon as the weaker player busts/sits out, “ said the former UKIPT champion Max Silver. “I think of myself as a very honorable player, and yet I have a dilemma as by not taking these angles I’m leaving a considerable amount of money on the table and putting myself at a disadvantage. It’s a vicious cycle.”

So has poker etiquette improved? As usual with poker the answer is ‘it depends.’ The global appeal of our beloved game means there are too many variables to have a stock answer for this. Etiquette means so many different things in different countries, between genders, both online and live, and between the young and the old.

When Channing walked into that lift, he was unlucky to share it with a group of young insolents. He mentioned that he thought the problem was much wider than poker. That society as a whole had an etiquette problem, and I have to agree with the wise sage.

Poker etiquette has nothing to do with poker and everything to do with life values. It’s about decisions and choice, upbringing and societal conditioning. It’s about assessing values and asking if one is happy with ones lot. The person who called you a mong in an online chat room is the same person who calls you a mong in the playground, pub or just walking down the street.

Poker is a mirror of life, and poker table etiquette is no different. If the world is full of arseholes then the poker tables will be also.