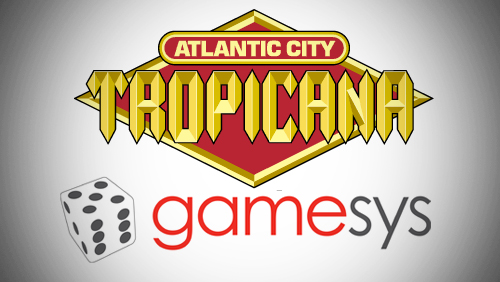 The Tropicana Casino and Resort, in Atlantic City, has officially confirmed its intention to enter into a partnership with the London-based private technology company Gamesys, the team behind the highly successful Jackpotjoy.com. The partnership will move forward with their plans to enter into the virgin online gambling world of New Jersey when the virtual doors open for business on Nov 26.

Gamesys are an experienced player in the online gambling business with operations in the United Kingdom, Spain, Italy and Sweden.

“We have always sought ambitious partners and Tropicana Atlantic City is a great partner for Gamesys as Internet gaming comes to New Jersey,” said Noel Hayden, founder and CEO of Gamesys, “ We look forward to working with the team at Tropicana to leverage the very best of the Gamesys platform and capabilities to serve existing customers and win new customers online.”

Tony Rodio, Tropicana’s president and CEO, is just one of many NJ chiefs licking their lips at the thought of the additional revenue online gaming could bring his brick and mortar business, “Gamesys has a proven track record in the UK of providing excellent products and customer service, and we look forward to launching Tropicana’s Internet gaming business with them,” said Rodio.

The Tropicana/Gamesys romance is the latest in a long line of relationships that include Caesars Entertainment Corp/888 Holdings, Borgata/Bwin.party, Resorts Casino/PokerStars, Trump Taj Mahal/Ultimate Gaming, Trump Plaza/Betfair and Golden Nugget will be using their own Internet technology provided by Bally’s technologies. That leaves just the Atlantic Club and Revel as the two brick and mortar establishments sitting on the sidelines waiting for someone to ask them to dance.

The Horseshoe Casino in Cleveland has seen its revenue drop 17% since this time last year. Despite grossing $19.9m, the income has hit a plateau despite offering free slot machine time to its customers in a marketing ploy that doesn’t seem to be working to the effect the innovative thinkers once thought.

According to figures released by the Ohio Casino Control Commission, The Cleveland Horseshoe gave away $6.2m in slot credits, in addition to the $3.8m it gave away in June (creating $168.8m in slot wagers); in a move that has angered the team at nearby ThistleDown Racino in North Randall. Caesars manages both casinos.

Caesars CEO, Gary Loveman, spoke out about the free slot spins at a recent conference where he stated that they increased the amounts in July because the two cities were not embracing casino gambling as strongly as other regional markets.

In other news, the Horseshoe Casino Cleveland’s slot machines have had an upturn in fortune, for the punter, as they have moved from being one of the meanest slot machines in Ohio to one of the loosest. Reports show that the casino paid out 93 cents on the dollar, Horseshoe Cincinnati paid 92.83, Hollywood Columbus 91.38 and the Hollywood Toledo 91.11.

The Racinos contain video lottery terminals and Thistledown’s paid out 92.58 whilst Scioto Downs paid out 91.26.

The borough of Jefferson in Greene County, Pennsylvania, has inched a little closer to the creation of a brick and mortar casino after a vote to legalize gambling passed a referendum by 2,905 to 964 votes in an overwhelming victory.

The next stage for the ailing borough is to obtain a license from the Iowa Racing and Gaming Commission. The casino advocacy group, Grow Greene County, has been in discussion with Wild Rose Entertainment about the potential to open a casino in Jefferson in a bid to attract people to a borough that has a dwindling population problem.

It’s believed that the new casino could provide as much as 300 jobs for the local population.