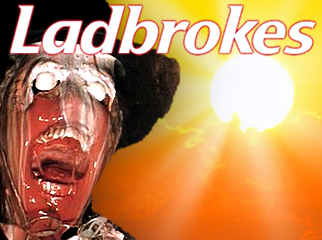 Lads’ dire results were blamed on costs associated with their ongoing switchover to a Playtech-powered online platform, new duties on gaming machines and, um, the weather. That’s right: Lads claims the “prolonged period of hot weather” blanketing the UK this year has kept people out of its betting shops. That stands in stark contrast to Lads’ rivals William Hill, which last week reported an 11% rise in retail revenue in its Q2 earnings, but clearly Hills had the foresight to locate all its shops in shady streets next to ice cream parlors and swimming pools. (Ahem.)

DIGITAL DOLDRUMS
As for Lads’ oft-maligned online offering, revenue fell 1.6% to £86.9m (discounting the input of Lads’ recently acquired betting exchange Betdaq, which added £3.9m). Casino and games revenue dipped 6.8% to £35.7m, poker fell 25% to £4.2m and bingo dropped 15.5% to £6m. Only Lads’ sportsbook showed improvement, with revenue up 9.9% to £41m. Sportsbook handle actually fell 18.6% in H1, but margins improved 2.3 points to 8.5%. Lads’ mobile offering accounted for 29% of total handle, up from 19% in H1 2012, and the company expects to complete the migration of all its customers to Playtech’s Mobenga platform by next year.

Lads CEO Richard Glynn claimed the digital site’s Playtech revamp was progressing according to plan. Glynn said H2 would see the company “build on early progress already made” ahead of the integration’s finalization “early in 2014,” after which “significant growth in earnings” is expected. (Unless, you know, it rains or something.)

THE LONG, SWEATY ROAD AHEAD
H2 will also see Lads launch its Spanish-facing online site in partnership with local operator Cirsa under the Sportium brand. Sportium operates nearly 600 retail outlets in Spain, so brand awareness won’t be a problem. H1 2014 will see the launch of a Ladbrokes-branded betting exchange, and the company also has plans to enter the Mexican market next year.

When Glynn signed on with Lads three years ago, he was promised a £12m bonus if he could push the share price above 297p. The closest he’s come so far was 238.5p on March 11, the day Lads announced its ‘Save us, Sagi’ digital Hail Mary. But with Glynn warning investors that July’s temperatures had “exacerbated the volatility we were already experiencing,” hell doesn’t look likely to freeze over anytime soon.