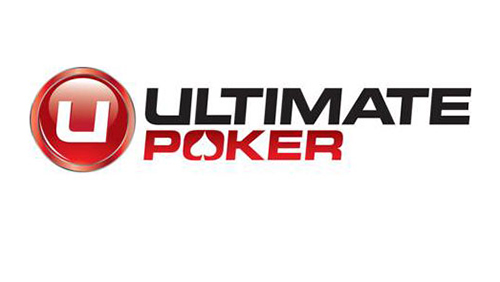 It’s been a week since the Nevada Gaming Commission (NGC) took the leash off the neck of Ultimate Poker and allowed it to run wild. Ultimate Gaming, a subsidiary of Station Casinos LLC, had managed to evade controversy during it’s three month trial, and on July 25th was officially declared as free to earn money away from the spotlight of the NGC.

“Not only was Ultimate Gaming the first company in field trial and the first to launch live play, but today we became the first to receive final approval from the Nevada Gaming Control Board,” remarked Ultimate Gaming Chief Executive Officer Tobin Prior on July 25th. “The board set extensive regulatory requirements for online poker in the state, and we are thrilled that our product has met and exceeded these standards.”

The online poker site was fastest out of the gates, and despite some start-up criticism from yours truly; it seems to have been a great success. Ultimate Poker has dealt over 9 million hands since the first deck was broken back on April 30th, and the representation of the brand name now falls on the shoulders of the likes of Antonio Esfandiari, Jason Somerville, Dan O’Brien, Gavin Griffin, Lauren Kling, Phil Collins, Jonathan Little, Williams Reynolds, Terence Chan and Randy Dorfman.

“It’s great that we have poker back in Nevada with Ultimate,” O’Brien told iGaming during a WSOP hike through the Red Rock Canyon, “It’s a slow beginning for online poker and that’s simply because there aren’t that many people in Nevada. Any online site that opens in Nevada is going to be losing money, so really we need more states to open up.”

That first state to open up its doors to Ultimate Gaming is of course New Jersey. The only legal real money online site in the US recently entered into a partnership with the Trump Taj Mahal in Atlantic City, paving the way for a second state to be hosting the Ultimate Poker software, as the state prepares itself for the invasion of the online gambling market.

Ultimate Gaming take pride in being a business that is ‘keen to bridge the gap between land based casinos and online social games’ and the recent announcement of the Ultimate Poker Challenge fits that model perfectly. From Aug 30 – Sep 6 the Red Rock Casino Resort in Las Vegas will be the home of a 19-event live tournament series that culminates in a $1,100 main event consisting of four starting days. Ultimate Poker is running satellites online and is guaranteeing at least $200k in that main event prize pool. The schedule will include No-Limit Hold’em, Limit and Pot Limit Omaha events.

Finally, it was good to see the pairing of Ultimate Poker and Ultimate Fighting Championship (UFC) flexing its muscles at the recent UFC162: Silva vs. Weidman main event at the MGM Grand a few weeks ago. Poker pro Jason Somerville covering the event from a poker angle and one lucky winner got to drive away from the MGM as the proud owner of a Harley Davidson motorcycle.

The Ultimate Poker brand just seems that much stronger with the weight of the UFC standing right behind it.