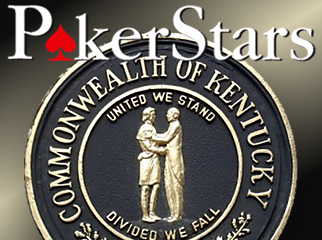 The parent companies of online poker outfit PokerStars have filed a motion (read it here) to dismiss with prejudice the Commonwealth of Kentucky’s claim on the PokerStars.com domain name. If you’re just joining us, Kentucky laid claim to PokerStars.com and 140 other online gambling domains in September 2008 based on the state’s legal definition of said domains as “gambling devices” illegally offering services to Kentucky residents.

Kentucky made a similar claim at the federal level following the US Department of Justice’s seizure of Stars’ .com domain on April 15, 2011 aka Black Friday. The latter claim resulted in the feds cutting Kentucky a $6m check last month in exchange for the state dropping its claims on AbsolutePoker.com and UltimateBet.com. But even as Kentucky announced its $6m windfall, it reiterated its intent to vigorously pursue its claim against PokerStars.com.

In the July 25 motion, (h/t to OnlinePokerReport.com for spotting it first), advocates for Rational Entertainment Enterprises Ltd. (REEL) and Rational Intellectual Holdings Ltd. (RIHL) argue that Kentucky has never provided the companies with notice that the PokerStars.com domain had been thus targeted, nor allowed them the opportunity to challenge the alleged seizure in court.

REEL and RIHL are also challenging Kentucky’s claim to have jurisdiction in this matter. The companies point out that the Verisign domain registry is located in the state of Virginia, while the domain registrar is located in the UK, neither of which fall within Kentucky’s borders. The companies also note that the feds could never have seized the domains on Black Friday had Kentucky ever possessed them, a shortcoming Kentucky conceded in its own court filings.

The companies also challenge Kentucky’s overly broad definition of “gambling devices.” REEL and RIHL note that the state’s own Court of Appeals rejected the inclusion of domains as gambling devices when the Interactive Media Entertainment and Gaming Association (iMEGA) contested the 2008 domain grab, an opinion that was not challenged when the state Supreme Court reviewed the case a year later.

Finally, the companies seek dismissal based on their argument that Kentucky’s actions threaten the principles underpinning US trademark rights as well as raising a host of federal and state constitutional issues, including protections on free speech, restrictions on interfering with interstate and international commerce as well as prohibitions against extraterritoriality.

That Stars would take such a tough stand against Kentucky while simultaneously pursuing an online gambling license in New Jersey stands in stark contrast to fellow New Jersey hopefuls Bwin.party digital entertainment, which reached a $15m settlement with Kentucky last month on civil charges dating back to 2010. Kentucky had sought to recover gambling losses suffered by Kentucky residents who played on PartyGaming prior to the passage of the Unlawful Internet Gambling Enforcement Act (UIGEA) in 2006. Just prior to cashing the check, Gov. Steve Beshear praised Bwin.party for “making every effort to comply with the laws of the United States.” Stars’ new filing appears to be an attempt to get Kentucky to do likewise.