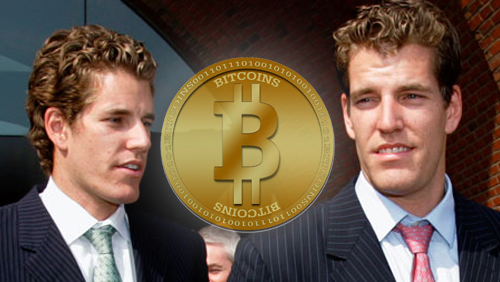 Cameron and Tyler Winklevoss may be best known for slapping a lawsuit on Facebook founder Mark Zuckerberg for allegedly stealing the idea of the social media site, but now the twins are making waves in a different space: digital currency.

As one of the more steadfast advocates of Bitcoin, the Winklevoss twins interest in the digital currency isn’t exactly old news. But they’ve taken that same interest to a whole new level after filing a trust registration statement (read: here) with the Securities and Exchange Commission earlier this week. According to the Business Insider, the newly filed “Winklevoss Bitcoin Trust” was created to provide exposure for commodity buyers to Bitcoin, operating like an investment fund that can be traded like stocks.

“The Trust holds “Bitcoins,” a digital commodity based on an open source cryptographic protocol existing on the online, end-user-to-end-user network hosting the public transaction ledger, known as the “Blockchain,” and the source code comprising the basis for the cryptographic and algorithmic protocols governing the issuance of and transactions in Bitcoins,” the filing said.

As for the objective behind the twins’ decision to file the trust registration statement, the Winklevoss Bitcoin Trust was filed to allow the held shares to reflect the performance of the Blended Bitcoin Price of Bitcoins, allowing potential investors the opportunity to gain exposure to Bitcoins in a cost-effective and convenient way without having to take in any, or at least minimal, credit risks.

And in case there’s perception that the Winklevoss twins are only jumping into the Bitcoin bandwagon, both Cameron and Tyler have actually been huge proponents of the digital currency, which has seen its popularity surge in the past few months on the strength of increased mainstream exposure, as well as growing acceptance  of Bitcoin’s legitimacy.

It’s been reported that the twins own 1 percent of a Bitcoins mined to date and they’re recent actions toward improving the digital currency’s profile hasn’t gone unnoticed, even including a seed funding event last May for BitInstant that raised $1.5 million.